How Did FRC Begin?

This Spotlight is a little different than most. This time I will tell you about how FRC came about being one of Fayetteville’s largest fitness community oriented social clubs. I have been asked many times about how this club started and I have tried to get some of our OG members to write something up but they have been hard to pin down. After talking with several of the original members, I now have the story of how it all started. I do apologize ahead of time if someone is reading this and finds inaccuracies but there aren’t a lot of recorded documents.

In 2008, a young lady named Candice Cunningham moved to Fayetteville by way of the US Army and started a little running group with friends. She had been a part of running clubs prior to moving here and basically started following the same model she learned from other clubs. A year or so later, a young lady 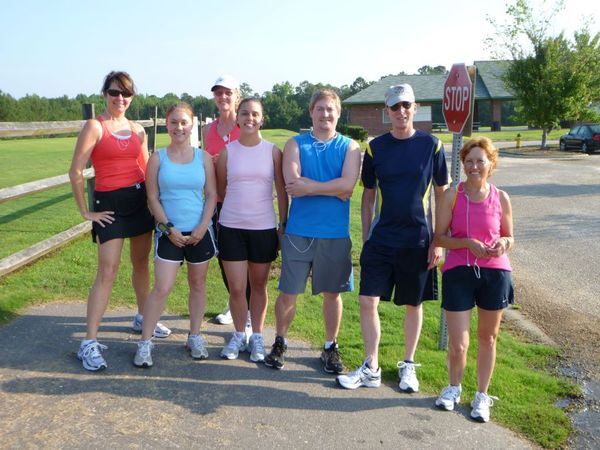 named Lisa Whalen joined the group and during one of the runs, mentioned that she needed something to write a thesis about for her master’s degree. Candice threw out the idea of writing about the benefits of group running and the creation of a running club. From 2008 to 2011, the Fayetteville Running Club was just that, a loosely organized group of friends that concentrated on getting other people to join them on runs, and enough conversation and organization to help Lisa with her MBA. They had two regular meetups a week - one at Cape Fear River Trail on Saturdays and thw other on Wednesdays at the Rite Aid on Morganton Road. During that time frame there was a guy named Eric Clark. He was the regular host of mid-week miles and was an important figure between 2010 and 2012. He helped keep the club together during that time since Candice moved to Germany and Lisa had finished her masters degree. Between 2010-11 timeframe, a few other key figures joined the group; Suzy Goodwin, Heather Edwards, Thomas Dosier, Matt Groskopf, Esperanza Espinosa, and Shad Schutte and made up the first recorded FRC Board.

In 2012, Thomas and Shad took control of the club and that was when 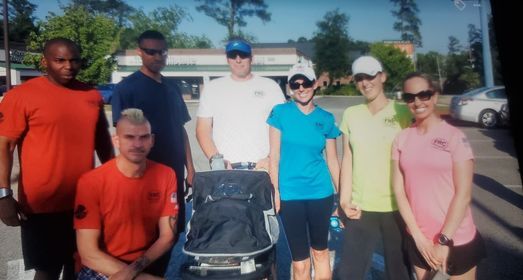 it really became the organization that we know today. It went from a fun run group to a registered non-profit with all of the regulations that go along with that. In January of that year, the Board immediately began creating all of the necessary legal documents such as liability waivers, club by-laws, an FRC logo, and even began discussing ideas around the FRC Firecracker race. All of these documents and procedures are still in place today. Under the leadership of Thomas (aka Mohawk Man), the club really took off. Pictured here are the 2012 Board members: Mario Barber, Thomas Dosier, Joshua Neves, Shad Schutte, Daisy Brenes, Kelly Merzke, and Suzy Goodwin. On January 31, 2012 there were 7 paid members!!!  BUT by the end of 2012, they increased to 150 official members!!! They did this by passing out flyers, business cards, stickers, and setting up water tables at the river trail on Saturdays and whatever races they could get to in order to promote the club.

On November 17, 2012, the leaders made their first Facebook page in 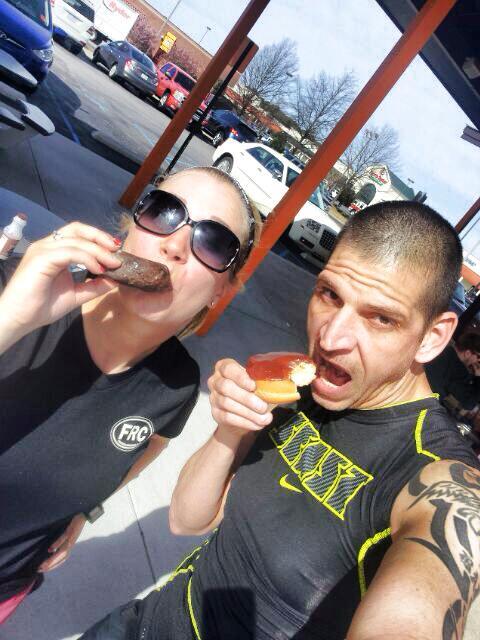 an FRC Board group with Daisy asking, “Hello… So, do we use this or gmail to get in touch with each other? PS I will start pushing the Turkey Day Run and Donut Dash… OK Bye Bye”. So funny… who talks via email anymore?! Haha. Those first 2 races were almost like they were put on by Two Broke Girls. They used an old karaoke machine for music and announcements, and had a big silver pot of hot cocoa at the Turkey Run. The Donut Dash was held at the Jordan Soccer Complex. They ran from the parking lot to the metal picnic tables on the trail. Participants ate donuts and ran back. The first finisher was Toruka Chigozili (Chig). Many of our long term members will remember Chig as one of our most active volunteers. That particular day, Wear Blue was out at the Cape Fear River Trail too and had no idea what was going on. As we all know, now we are all intertwined to make one large running community.

Here’s another tidbit of information that I thought was funny. OG Daisy 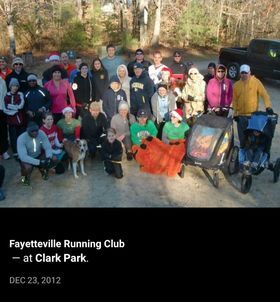 came up with the idea of FRC Insiders and the others told her that would never work and that nobody would care about that….. well just for the record ….. I😊

As for the first Firecracker 4 Miler, guess what? It didn’t make any money. As a matter of fact, the OG members ended up paying out of pocket for some of the expenses. Thankfully, they learned and over the next few years made it into a premiere race for runners and is now known as one of the best races in the area. The master mind behind that was the Mohawk Man who was president for 5 years and continues to be the Emcee for this race. The continued success of the Firecracker is the means to one of the original goals of the club which was to support local charities and to have a scholarship program.

Twelve years later, the club mission remains the same – Promoting a Healthy Lifestyle While Helping our Community. So there you have it folks. The origins of the Fayetteville Running Club and a Spotlight on some of the trailblazers who made it into what it is today. 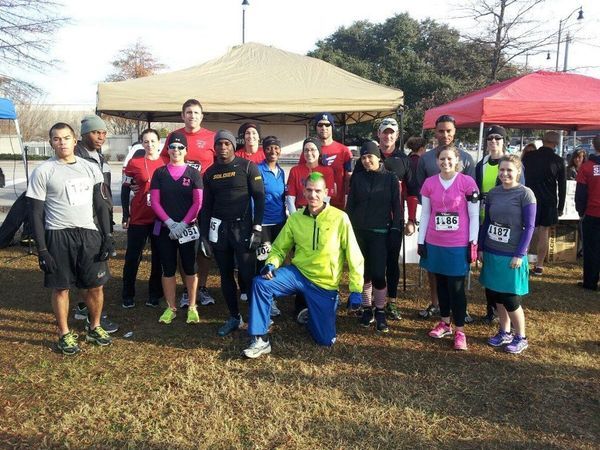