The Fayetteville Running Club is proud to be a Road Runner's Club Of America (RRCA) Affiliate. Several of our members are certified RRCA running coaches. If you are interesting in working one-on-one with one of them to complete a 5k, half marathon, or marathon or other goal, feel free to contact one of them to get started at anytime. RRCA Certified Coaches work with runners and emphasize the use of intelligent training plans that are based on a scientific body of knowledge and designed to help a runner achieve their goals, while minimizing the risks of injuries. 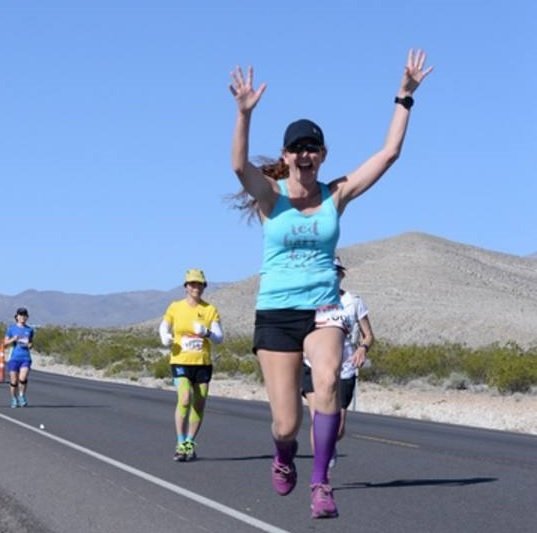 an races of all distances practically all over the country and in a few foreign countries as well. She is currently an FRC Board Member and serves as our training coordinator. In this role, Jackie posts weekly exercise plans  on one of our member pages, Fitness for a Cause, and keeps our members accountable and motivated while also helping local charities. These exercises vary from week to week and are great for keeping our runners strong and healthy. Jackie enjoys running and loves helping others. Jackie is both RRCA and USA Track and Field certified.

If you would be interested in setting up training with Jackie, you can contact her      at Fergusonjackie26@gmail.com. 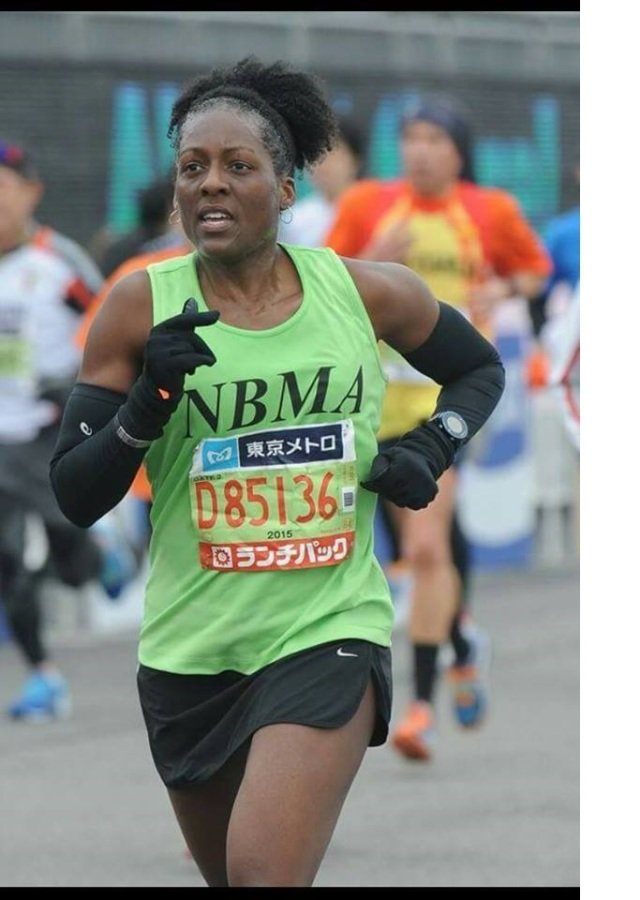 Beofra Butler fell in love with distance running after completing her first marathon in 2008. Since then, she has become a certified run coach and continues to enjoy the experiences and many challenges of every distance from the 5k to 100 miler. Bee has qualified and completed several Boston Marathons and countless races outside of the US. She will be making Boston 2019 her 100th overall marathon! Beofra has always enjoyed helping people reach their goals, both on and off the pavement. Pacing races gives her an opportunity to combine two things she loves, running and coaching. You can contact Bee at beestingfitness@gmail.com 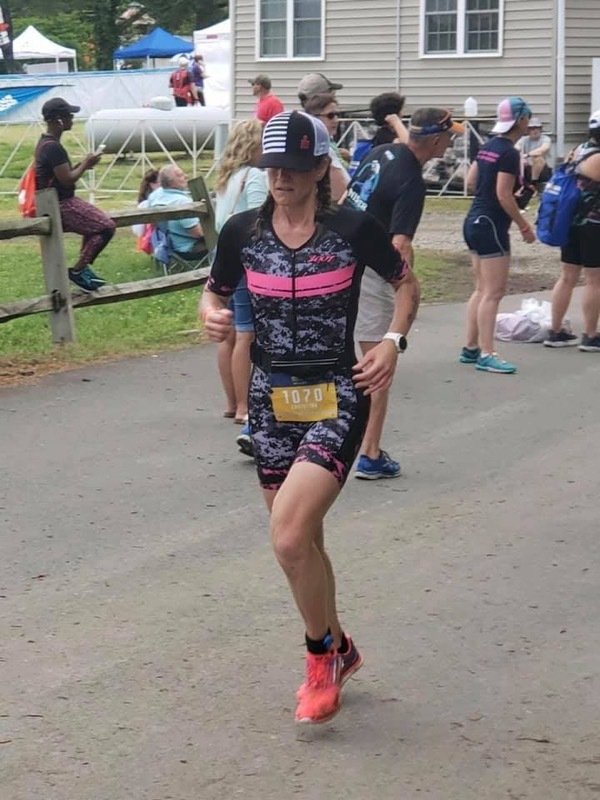 Chris Kenon hasn’t always been a runner. In fact, at one point in her life, she weighed 240 pounds. While she couldn’t run at first, running is what eventually got the weight off, and turned into an extreme passion for Chris. She started running in 2003 but it was eight years later that she began doing 5K races, which turned into half marathons, to full marathons, to now Ironman 70.3 triathlons. Chris has held several physical fitness certifications. She was an AFAA Certified personal trainer for 6 years, she dabbled in specificity training, and has held CrossFit Level 1 and CrossFit Endurance certificates. She also used her CrossFit training to teach Pose Method running form. Chris now focuses specifically on running and is an RRCA Nationally Certified Run Coach. Chris’ approach to coaching encompasses her varied knowledge and training with strength, flexibility/mobility, and running. She believes to run pain free; you must be consistent in all three. Are you interested in working with Chris? She can be reached at runbiotchrunnc@gmail.com.

Hollie Fleming, is one of those Moms Of Preschoolers but don't let that fool you! She is 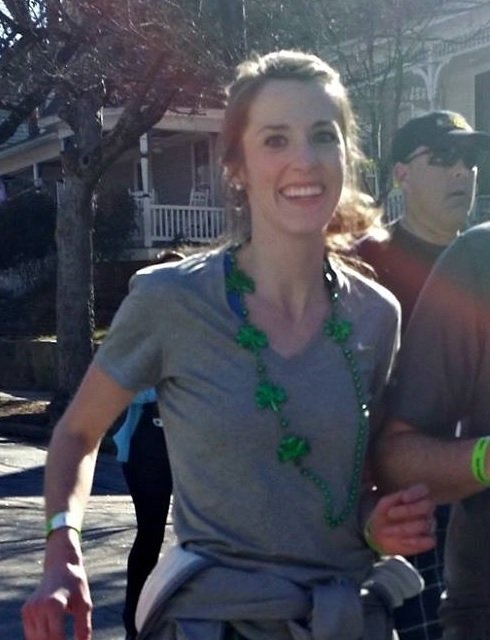 competitive in both the 5K and marathon distances and also enjoys obstacle course competitions. With her contagious smile and cheerful attitude, she will be the one waving at you while she passes you in a race. You wont even know what just happened. Hollie welcomes runners of all levels and all ages.

If you are interested in talking with Hollie about your running goals, please email her at  hollie.hurley@gmail.com. 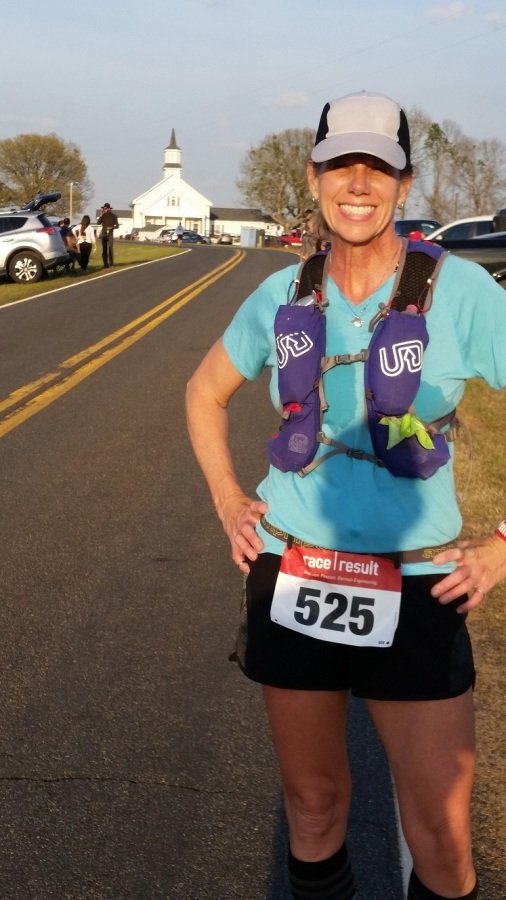 Tamara Hardee never wanted to be a runner. Although she played high school and collegiate sports, running was never a fun thing to do, it was often punishment. It wasn't until her brother died from a brain tumor that she decided she needed to be the best she could be as she had no physical limitations, as her brother had during his battle with his brain tumor. After 12 years of running 5ks to full marathons, a friend talked Tamara into running a 50K, as the friend promised she could walk up the hills and eat cookies and potato chips during the race. It took just one ultra race, Tamara was hooked on ultra running. Tamara has completed 2- 100 milers, over 10 - 100Ks, over 10 - 50 milers and over 40 - 50Ks. Tamara has a BS in Physical Education, teaching, from Appalachian State University, is a RRCA certified running coach and is a licensed massage therapist. Tamara has always wanted to coach others in running, especially helping marathoners to become ultra runners. Tamara offers varied offerings of service in her coaching of running to include therapeutic sports massage, nutrition advice, support/crewing at races and she uses the whole person concept in ultra running coaching. She can be reached at hoperunpray@gmail.com.