WE ARE NOW VIRTUAL!

The 32nd Annual Memorial Day Classic is starting its fourth decade as one of the most anticipated events in the United States! The race is officially the final race of the Southern running season and athletes from all over the state come to honor America's fallen soldiers. Why not pay tribute this Memorial Day and join thousands as they take to the streets of United States of America for this special tribute and salute to our soldiers and front line workers! Registration is now open!

This year we will be hosting the event as a Virtual Challenge. Traditionally, Memorial Day is to honor those who have paid the ultimate sacrifice to defend our freedom. In 2020 we have entered into a new war. A worldwide war has been raised against humanity and we have come together as one to fight this terrible illness. Many have lost their lives in the fight against COVID-19. This year we will also remember all of those who have lost the battle and can't be here with us on May 25th.

The funds from this Virtual event will go to produce a FREE 5K Run for the soldiers at Southcom on the Army's Birthday. This is something we have used the funds for from the Memorial Day 5K Classic  each and every year. The race is open to the entire base at SouthCom and the do not pay a single penny. We would love to keep this tradition alive and be able to support our United States Military with funds raised from this event.

Questions?
YOUR OWN CUSTOM BIB 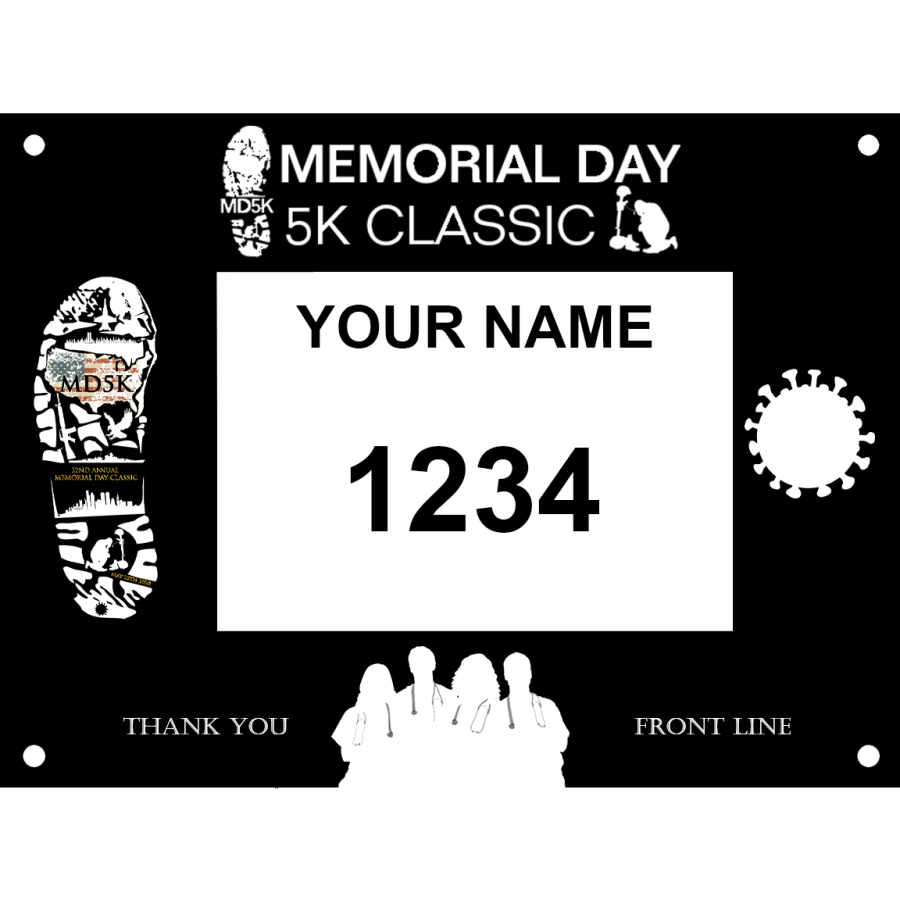 After you register online, you can login to your participant profile and download and print your own custom bib for your virtual run

This run is in its 32nd year and is traditionally held in South Florida, Atlanta, and Washington D.C. . This year we are opening it up nationwide, virtual style!

On the shirt you will notice the traditional soliders boot-print. If you look carefully in to the print you will see items such as the New York City skyline, the Boston skyline, and the Hawaiian Islands: All of which represent a terrible attack on American Soil. You will also notice a representation of the branches of the military which keep us safe at home and abroad. This year we have added the Coronavirus as a reminder for us to remember those who have fallen because of COVID-19.

THIS 5K HAS TRADITIONALLY BEEN ONE OF THE FASTEST 5K RUNS IN THE COUNTRY AND HAS BROUGHT OUT THE WHO'S WHO AMONG ATHLETES INTO SOUTH FLORIDA. NOW THAT IT IS OPEN TO THE ENTIRE COUNTRY, LETS SEE WHAT YOU HAVE! WE ARE CHALLENGING THE FASTEST 5K RUNNERS IN THE ENTIRE COUNTRY TO LACE UP THEIR SHOES ON MEMORIAL DAY AND BRING THEIR BEST PERFORMANCE TO THE ROAD. REMEMBER SOLDIERS DIED AND GAVE EVERYTHING ON THE BATTLEFIELD, YOU CAN SUFFER AND LEAVE EVERYTHING ON THE ROAD FOR LESS THEN 20 MINUTES.

TRADITIONALLY THE MURPH CHALLENGE IS A WORKOUT THAT IS COMMON ON MEMORIAL DAY TO HONOR FALLEN NAVY SEAL MICHAEL P. MURPHY.

Michael Patrick "Murph" Murphy was a United States Navy SEAL officer who was awarded the U.S. military's highest decoration, the Medal of Honor, for his actions during the War in Afghanistan. He was the first member of the U.S. Navy to receive the award since the Vietnam War.

THOSE WHO COMPLETE THE MURPH CHALLENGE WILL RECEIVE A COMMEMORATIVE CHALLENGE COIN SHORTLY AFTER THE EVENT.

TRADITIONALLY THE MURPH CHALLENGE IS A WORKOUT THAT IS COMMON ON MEMORIAL DAY TO HONOR FALLEN NAVY SEAL MICHAEL P. MURPHY.

We are taking it up a notch and challenging you to add a 5K to start the workout and a 5K to end it.

Michael Patrick "Murph" Murphy was a United States Navy SEAL officer who was awarded the U.S. military's highest decoration, the Medal of Honor, for his actions during the War in Afghanistan. He was the first member of the U.S. Navy to receive the award since the Vietnam War.

THOSE WHO COMPLETE THE ULTIMATE MURPH CHALLENGE WILL RECEIVE A COMMEMORATIVE CHALLENGE COIN SHORTLY AFTER THE EVENT.

THE SOLDIERS FINAL MILE IS A 1 MILE ALL OUT RACE WHERE WE CHALLENGE YOU TO LEAVE EVERYTHING ON THE ROAD. SOLDIERS THAT HAVE GIVEN THE ULTIMATE SACRIFICE HAVE LEFT EVERYTHING ON THE BATTLEFIELD. THIS IS YOUR CHANCE TO REMEMBER THEM AND SUFFER JUST A LITTLE BIT AND LEAVE ALL YOU HAVE ON THE PAVEMENT. LETS SEE WHO HAS THE FASTEST MILE TIME IN THE COUNTRY AND BRING BACK THE MILE!

THIS OPTION IS FOR ACTIVE DUTY ONLY, UNITED STATES ARMED FORCES.

TRADITIONALLY THIS EVENT HAS OFFERED WORLD CLASS MEDALS FOR ITS PARTICIPANTS. THIS YEAR WE ARE SOURCING ALL MEDALS FROM THE UNITED STATES TO KEEP THE JOBS GOING STRONG IN THE UNITED STATES.

THE MEDAL WILL BE A DOG TAG STYLE MEDAL THIS YEAR. 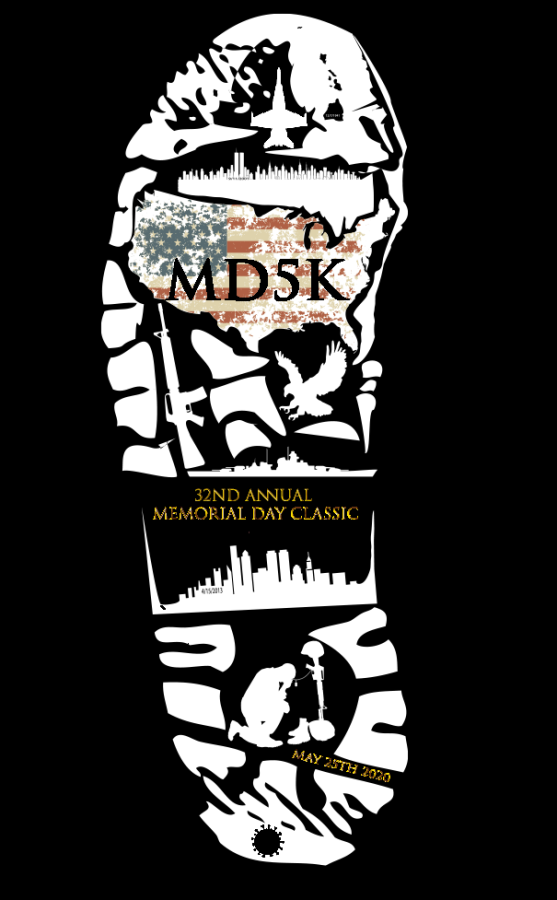 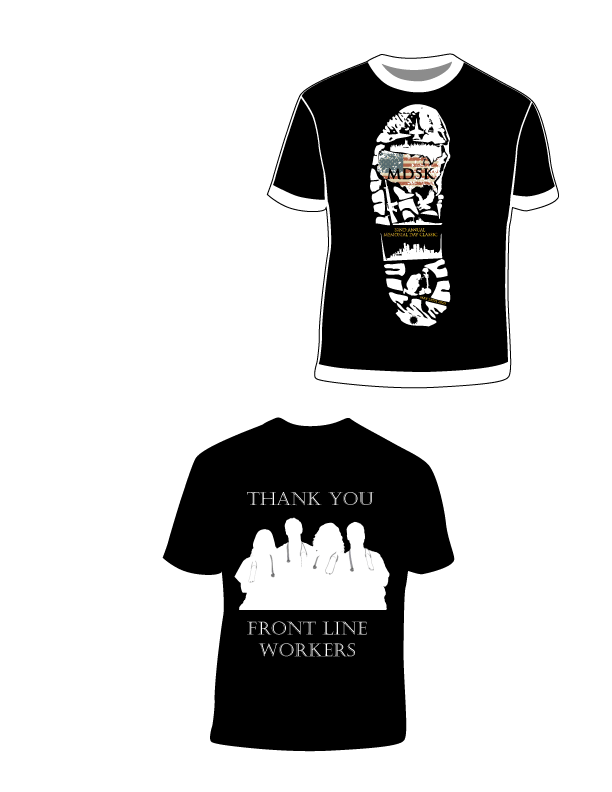 EVERY YEAR THE FUNDS GENERATED FROM THIS EVENT ARE USED TO PRODUCE A FULL SCALE PRODUCTION FOR THE UNITED STATES MILITARY AT SOUTH COM. THIS EVENT TAKES PLACE 1 WEEK AFTER THE MEMORIAL DAY CLASSIC FOR THE UNITED STATES ARMY'S BIRTHDAY. THE EVENT IS TOTALLY FREE FOR ALL SOLDIERS AT SOUTHCOM AND THEY GET ALL THE PERKS OF A REGULAR 5K; TIMING, SHIRTS, MEDALS, MUSIC, AND MORE! THIS YEAR WE STILL WANT TO GIVE THEM THIS RACE AT NO COST, HOWEVER WE NEED YOUR HELP TO DO THIS!

We are providing you with RaceJoy as part of the official race experience for the 32nd Annual Memorial Day Classic United States of America.

To use RaceJoy, you must carry your phone and activate tracking on the day you complete your race.
View RaceJoy How-To