Please join us virtually from Saturday, May 1 thru Saturday, May 29 in the Just FUR Fun Run and support life saving efforts to save the lives of at-risk cats & dogs around the US and beyond!

Eleventh Hour Rescue is launching its first annual Just FUR Fun Run as a virtual challenge in 2021 to spread awareness and raise funds to save domestic animals from being euthanized due to overcrowded shelters, finding them amazing FURever families with which to spend their days instead.

Did you know that approximately 6.5 million companion animals enter U.S. shelters nationwide every year, about 3.3 million dogs and 3.2 million cats, as either strays or owner surrenders. This is down markedly from 7.2 million in 2011. Studies show less than 2% of cats and only 15 to 20% of dogs are returned to their owners, and only about half of those remaining are adopted to new families. That means that approximately 1.5 million shelter animals are euthanized (670,000 dogs and 860,000 cats), each year, which is down from 2.6 million in 2011.

Eleventh Hour Rescue (EHR), a 100% no-kill, volunteer-based, nonprofit organization in Randolph, NJ, is dedicated to saving the lives of these innocent and highly adoptable animals on death row.  Started in 2003 by one woman pulling 30 dogs from a shelter in Georgia, EHR has now reached a point where we are pulling thousands of dogs & cats from shelters around the county, as well as the Caribbean and Europe. On average, we have about 1200 successful adoptions per year and this is made possible through generous donors and supporters,

Our goal with the Just FUR Fun Run 2021 virtual challenge is to involve our community raising the funds, asking them to rally their friends, family, and networks to support the work of Eleventh Hour Rescue. By becoming a fundraiser for Eleventh Hour Rescue, you will help to rescue more dogs & cats from kill-shelters, and you'll help your friends feel good about doing good!

For more information or to sign on as a sponsor, please email Fundraising@EHRdogs.org

Register and then start fundraising, earning some event swag as you hit specific milestones! The more you raise, the more you win! 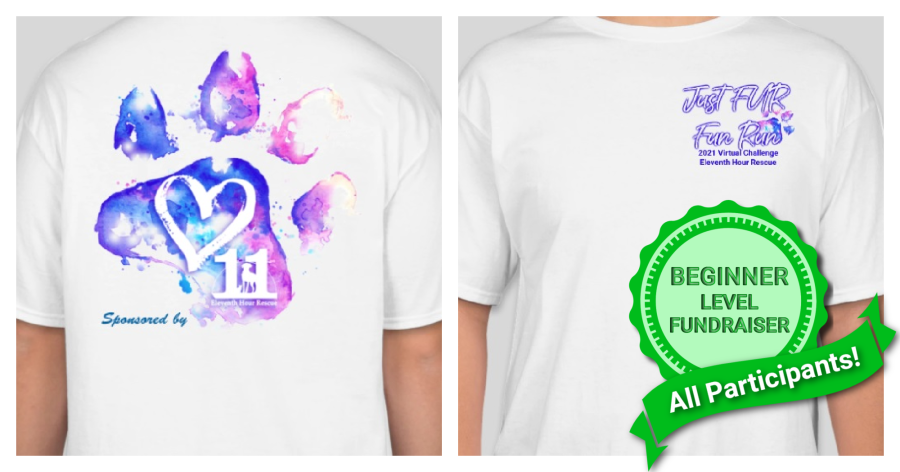 Every participant that registers for this virtual challenge will be sent a Just FUR Fun Run 2021 t-shirt - the product is a white, Hanes 100% Cotton shirt and sizes are standard adult. 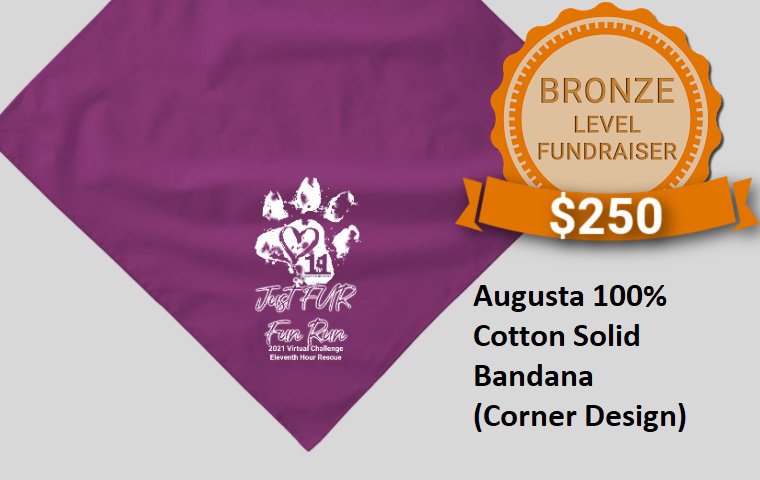 When you have reached the minimum fundraising goal of $250, you have earned the Just FUR Fun Run 2021 bandana, a purple Augusta 100% Cotton Solid Bandana. 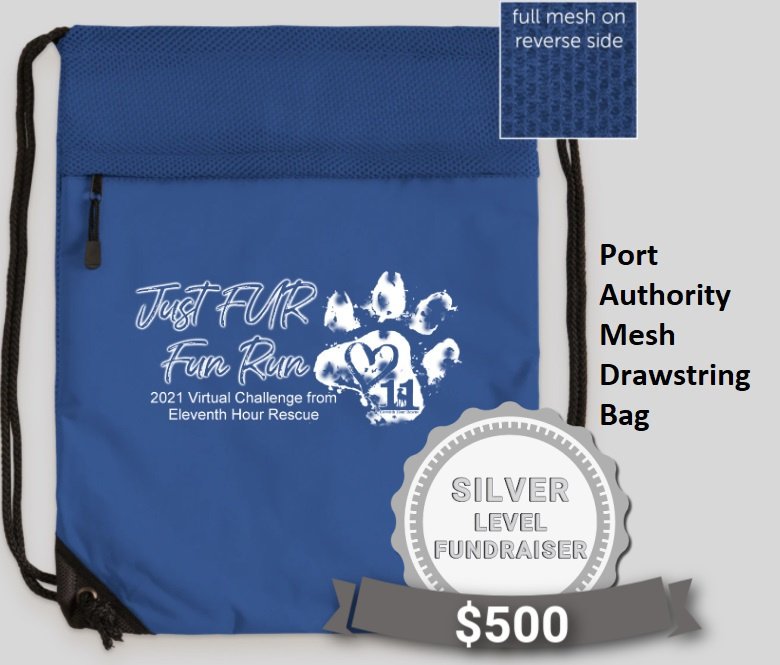 Upon reaching the fundraising goal of $500, participants will have earned the Just FUR Fun Run 2021 backpack, a blue Port Authority Mesh Drawstring with a zippered pocket. 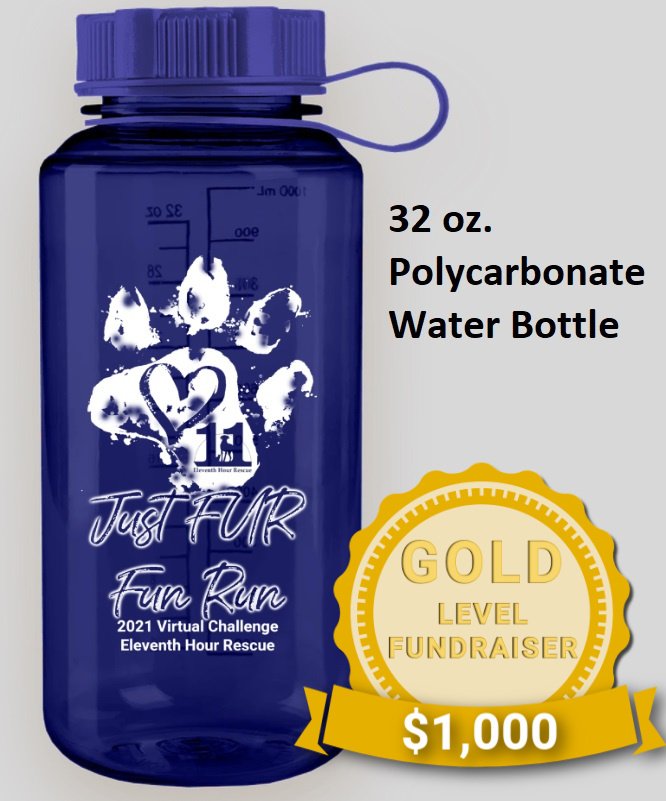 After hitting the fundraising the goal of $1,000, the prize is the Just FUR Fun Run 2021 water bottle, a blue 32 oz. Polycarbonate reusable bottle. 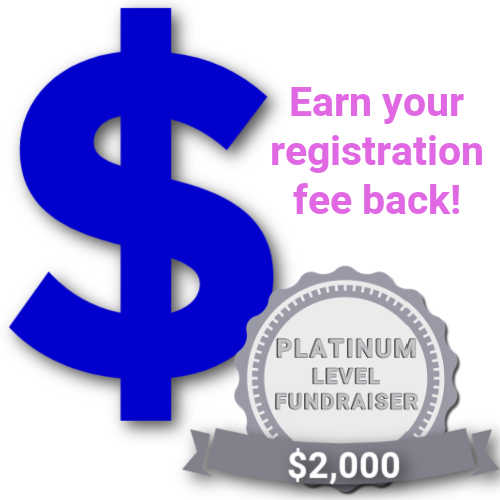 And those reaching the fundraising goal of $2,000 will earn the prize of having their $30 registration fee refunded to them!