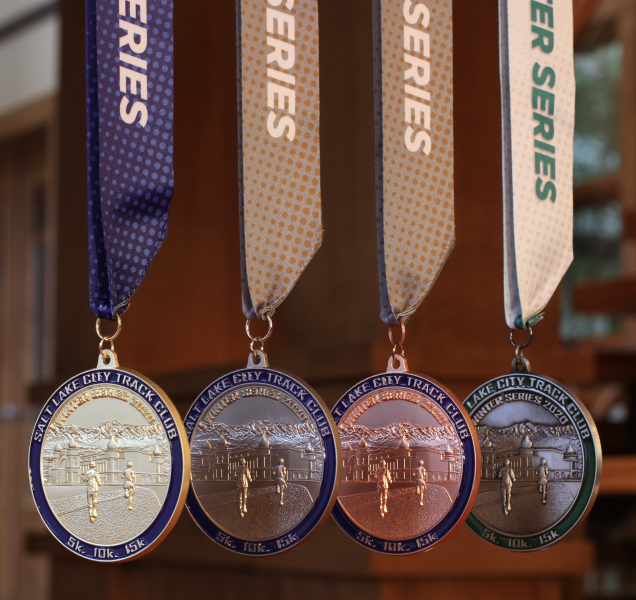 Awards For Each Race

The top three Open and Masters (male and female) athletes will be determined by
the order in which the athletes cross the finish line, regardless of when the athlete
actually crossed the starting line. (aka: gun time.)
All athletes 40 and over (on race day) are eligible to compete
in the Masters division.
Masters athletes are eligible to collect Open prize money in addition to
Masters prize money should they place high enough overall.

Net time (chip time) will be used for all age-group scoring and awards.
Age-divisions will be determined by an athlete’s age on race day for all Winter Series races.

To be eligible for elite entry or prize purse at The Original Winter Series 5K, 10K, and/or 15K, an athlete must:

Not be currently serving a suspension issued by the US Anti-Doping Agency (USADA) or the World Anti-Doping Agency (WADA) for use of a banned substance
Not have ever served a ban issued by USADA or WADA for the use of performance enhancing drugs
Not be represented by coaches and/or agents who have had 2 or more athletes receiving such suspensions in the previous 4 years
Not be represented by coaches and/or agents who served a ban for use of performance enhancing drugs during their own athletic career*
Provide proper documentation proving they are eligible for prize money (form W-9, W-8ECI or W-8BEN)
Sign a statement attesting they are in compliance with USADA and WADA anti-doping regulations related to banned substance use and if issued a doping suspension or ban in the future, they will not be allowed back at the event for any reason

Consent to random drug testing according to the standards and procedures of USATF, USADA and WADA
Any athlete that believes they have been barred from the event or the opportunity to earn prize money at the event because of mistaken identity due to near or exact name of a person currently suspended, banned or previously banned, must submit documentation certified by a notary in advance to the race director or elite athlete coordinator of the event proving that they are not the same person identified as serving a suspension, ban or previous ban. (event organizers will need to clearly outline the exact person to submit documentation to for this recourse section of the policy)