Who is Coach Maclin?

Ø   A runner since the age of 5 with 27 years of marathon experience, 22 years of track & field coaching experience and 6 year’s coaching cross country.

Ø  A volunteer track & field and cross country coach for middle & high school boys and girls of local area schools . In the fall of 2015, the boys’ cross country team won the city championship for the third consecutive year & the girls’ team was the runner up city champion. In the spring of 2016, the track and field team sent one male athlete to the city championships winning the 400 meter run by two full seconds and breaking the schools’ record again for the third time in the season while two girls finished 1st and 4th in the 400 meters and took home the gold in the 100 meter and 200 meter races. In the Fall of 2016, his girls cross country team won its' first ever League and City Championship winning by 36 points and the following weekend took three girls from that team to the State Championship with one runner finishing 3rd overall and the team winning the Silver Division by 20 points!

In the Fall of 2017, his boys cross country team finished on the podium as the runner-up city champions!

Ø  A coach with  extensive knowledge, experience and a sensible approach with proven techniques in all areas of running helps put those entrusted in his coaching care at ease. A personalized training plan is created with each individual’s input and then customized to achieve and motivate the individual in reaching his/her personal goals.

There are no current membership levels.

Jeanne Kang used Coach Mac's 3 month training plan to prepare for her first ever 26.2 mile race at the Rock and Roll DC Marathon on March 12, 2016. Her goal was to beat the time of 4 hours and 30 minutes run by Oprah Winfrey and together they accomplished the feat finishing in 4 hours 26 minutes and 21 seconds!

Coach Mac ran as an unregistered(bandit) runner for the last 16 of the 26.2 miles with Felicia Ziegler-Gray at the 2014 Akron Marathon before she became a client. Despite almost being arrested for being on the course, he stayed with her until the bitter end where she finished in 4 hours 51 minutes and 8 seconds. Shortly after the race, Felicia thanked Langston and signed up as a client. They selected the 2015 Detroit Marathon to improve her time. She followed the 9 month plan and lowered her mark to an astonishing 4 hours 22 minutes and 2 seconds! 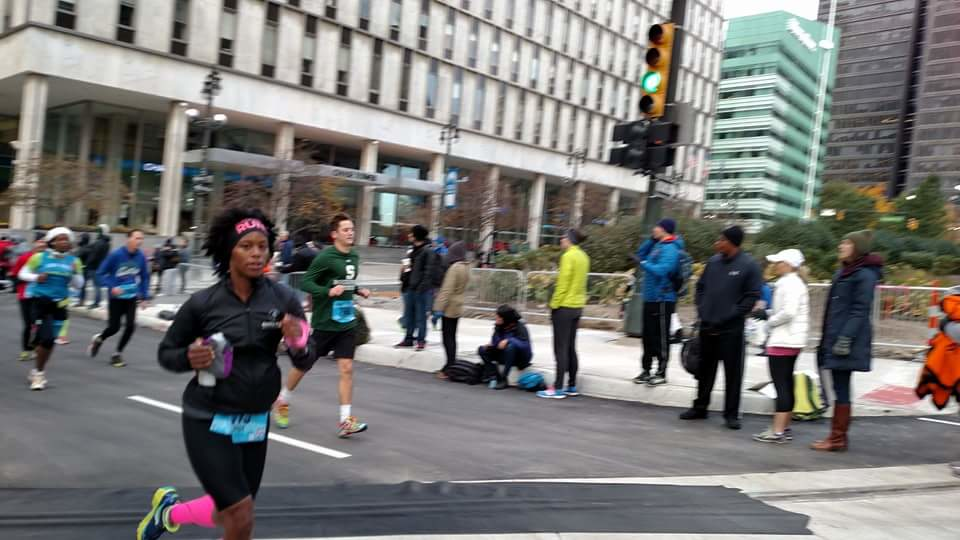 You're Never Too Old!

Coach Mac advises members of Team Marathon after races and training runs. During the summer of 2016, free running form sessions were held from June-August at a local university track on Saturday mornings open to all runners and walkers of any age. 67 year old and former high school 400 meter State Champion William Gageham signed up the first Saturday. He told me he felt he didn't have much left in the tank as age has caught up to him and can only manage to run/walk a half marathon in 3 hours and 30 minutes. We went to work first with some light stretching followed by a half mile to 1 mile warm up. Next Mr. Gageham and I performed some extended stretching while I explained the workout we would do next. I demonstrated various types of running form drills and then urged him to try some. He remembered doing them as a young athlete but was very cautious with little confidence. I encouraged him and noted his weak areas. Afterward we did more light stretching followed by an 800 meter slow cool down while we talked about what needed to be done going forward. After 7 weekends of form drill training, "Gage" reported to me in a very excited voice tone that he had just RUN the Rock Hall half marathon on August 14, 2016 where he not only broke the 3 hour barrier, but RAN an amazing finishing time of 2 hours, 42 minutes and 45 seconds which earned him 8th place in his age group! He was very excited and couldn't thank me enough. Kudos to you William Gageham for sticking it out, trusting my methods, and letting me believe in you. 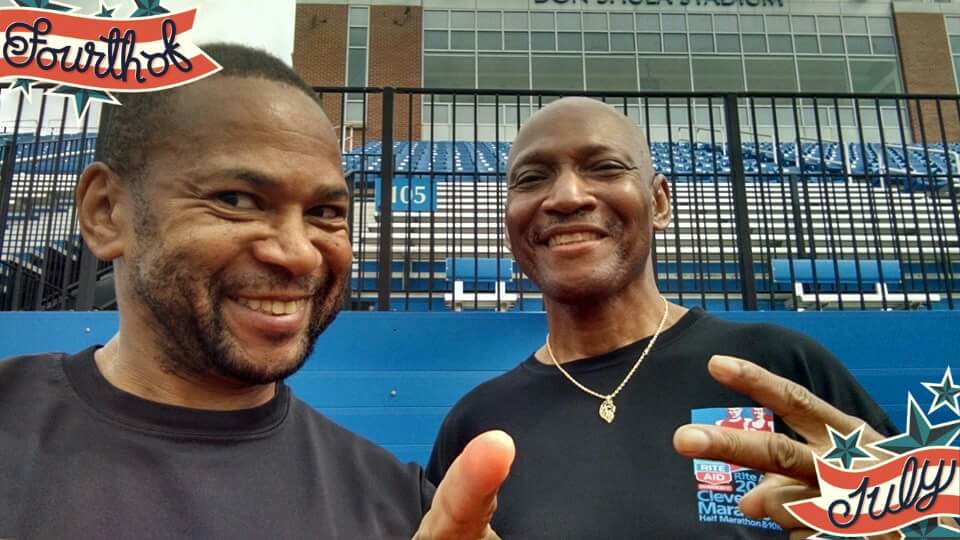 Donovan, my up and coming high school cross country runner!

I trained him one on one weekdays twice a week on the road and the track with a solo workout for him to complete on the weekend.  For six weeks in the summer of 2017, we focused on proper running form, coordination, endurance and speed. His form has greatly improved and we've found a 4th speed gear for use when needed. Cross country season is now just beginning. He is confident and ready!!! Stay tuned...

Here's an update on Donovan! The 6 weeks of summer training one on one with me proved to be very beneficial as he finished the season running the last 3 meets all under 20 minutes after struggling last season in the back of the field running 21:30 to 22 minutes. He is very confident now and his parents, teammates and XC coach is very pleased with his progress!!! Way to go Donovan... 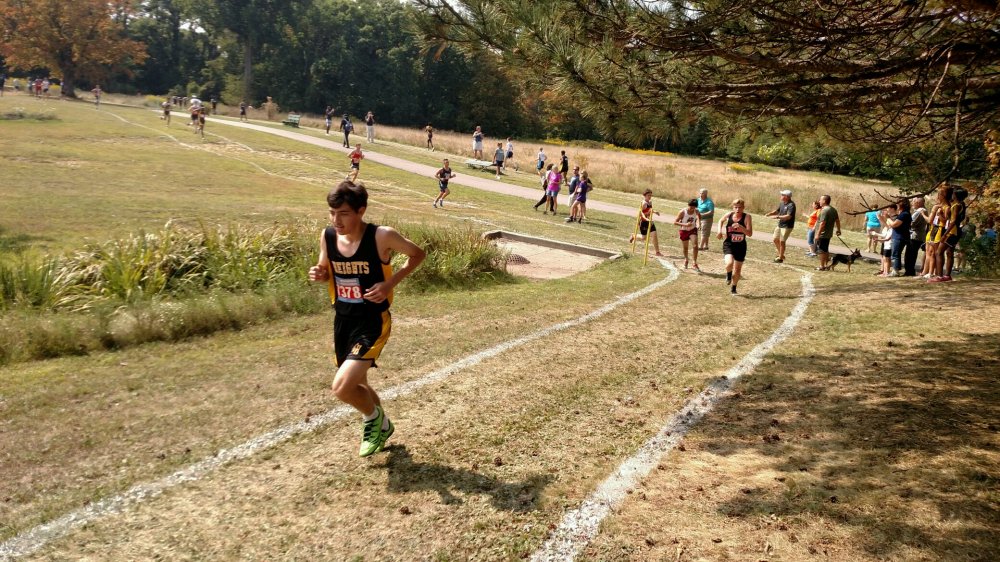 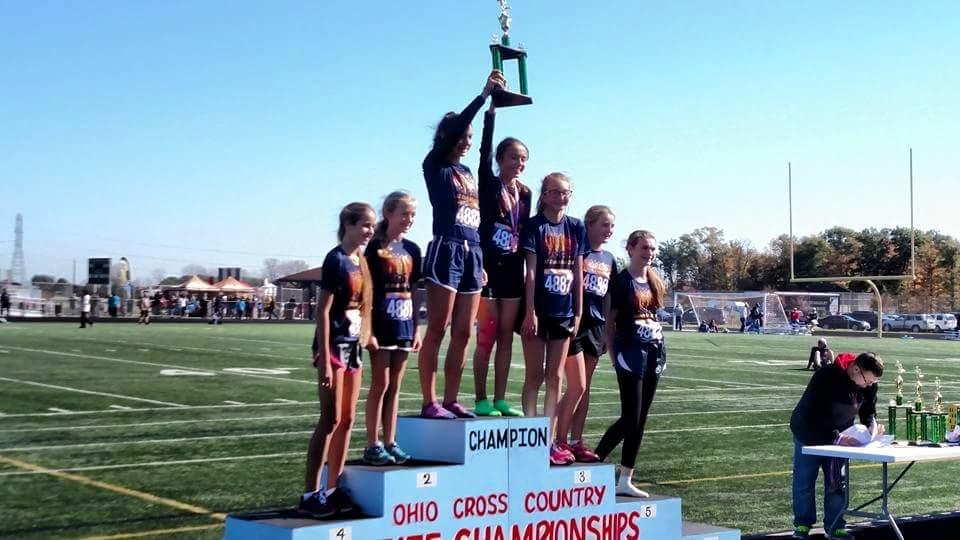 Kristen Joyner of Los Angeles became a client in April of 2017. Her intention was to lower her half marathon time of 1:47. I trained her for two months and in June of 2017 she ran the San Diego Half Marathon finishing with a personal record of 1:46:01!!! Way to go Kristen :)

Here's an update! Please join me in giving my run client Kris Joyner in Los Angeles a well deserved big ups as she set her second personal record time in the half marathon this year by crushing her previous mark of 1:46:01 with a determined finish time of 1:43:09 at the Venture Half Marathon on October 22, 2017! I trained her again for two months and after tweaking her workouts, she accomplished her goal of smashing the 1 hour 45 minute barrier. Outstanding effort Kristen! 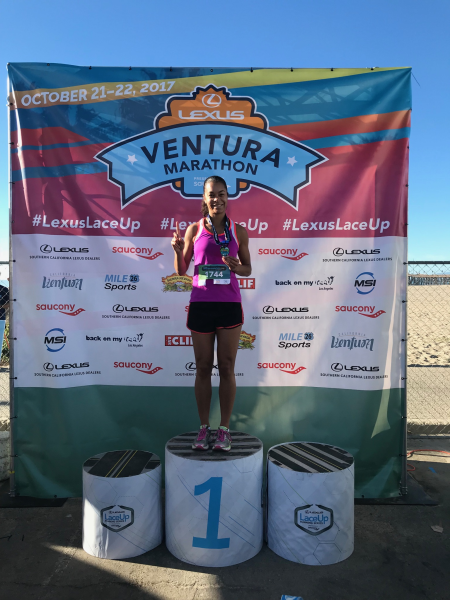 Serious Training, Not For The Faint Of Heart!

Veronica Philips went through 2 months of base training and then 3 months of marathon training during the winter of early 2017 to prepare for her first Boston Marathon in April! 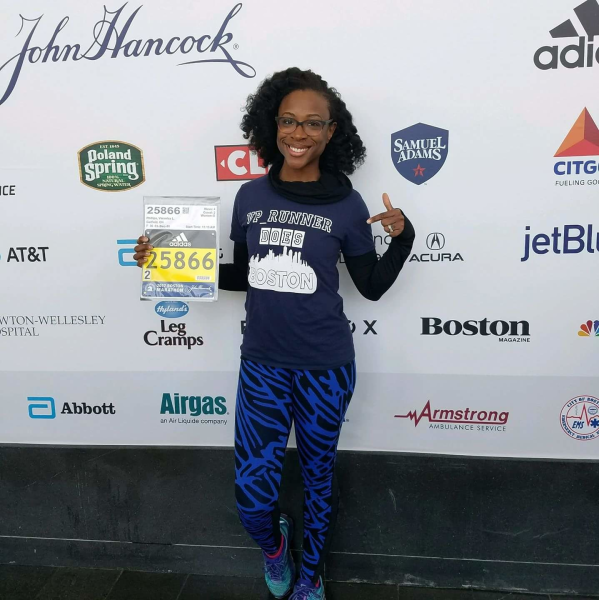 My run clients are always striving to improve!

In February 2017, Christa Lokiec lowered her marathon time in Charleston, South Carolina by an incredible 35 minutes using my accelerated plan! 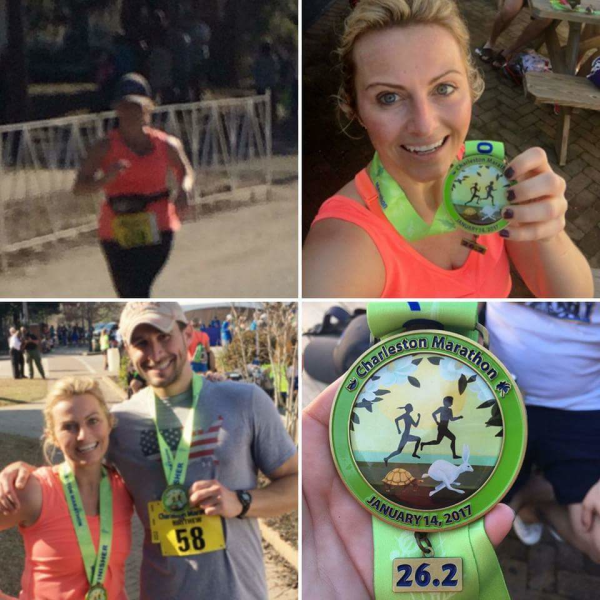 Derrick Coleman went through 6 months of base training and three months of marathon training and accomplished his goal of completing his very first Philadelphia Marathon! Way to finish man :) 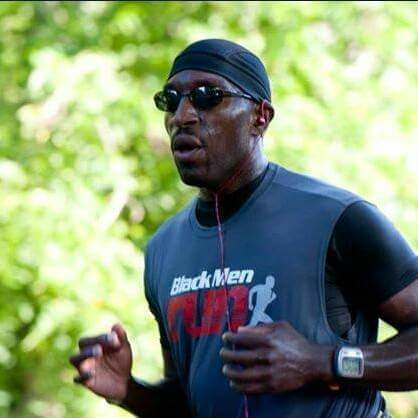