The SSG Aaron Butler Memorial Purple Heart Run will be held in Eagle, Idaho on Saturday August 15th, 2020. Chose to experience the 5K, 10K, or an Unknown Distance Run, all will start at 0900. The event is about community and sacrifice - feel free to wear traditional running attire, or load yourself down with a ruck sack, military/LEO uniform, or boots and body armor for an added degree of awesomeness. Wondering if the "suck factor" may be too high? Ask yourself... What Would Aaron Butler Do #wwabd? Embrace the suck! With beer, music, food, guest speakers and lots to do for kids, it's a lot more than a run. It's an emotional and educational experience.

Place
165 Eagle Island Pkwy
Eagle, ID US 83616
Race Contact Info
If you have any questions about this race, please contact the race director at
2020 Event Aaron Butler Memorial Purple Heart Run
More Than a Race

This is a celebration of all US servicemembers who have given their lives or parts of themselves physically in combat operations around the globe. The after party promises to be epic. We will have local beer, music, food, local coffee, and lots to do for kids. All race proceeds will go to the Aaron Butler Memorial Foundation (a 501C3 nonprofit). This event was created by local Purple Heart recipients, and there will be an opportunity for all participants and supporters to meet and learn from those men and women who have been wounded in combat. The race courses will be lined with pictures and stories about Purple Heart Recipients who gave their lives in the Global War on Terror (since 9/11/2001). Bring out your families, let your children meet and absorb the words of Gold Star families (who have lost loved ones in combat), Vietnam War Purple Heart Recipients, and Purple Heart Recipients from the wars in Iraq and Afghanistan. They are among us every day, this in a unique opportunity for all of us to see and hear from local community members who have given more than most for our Nation. 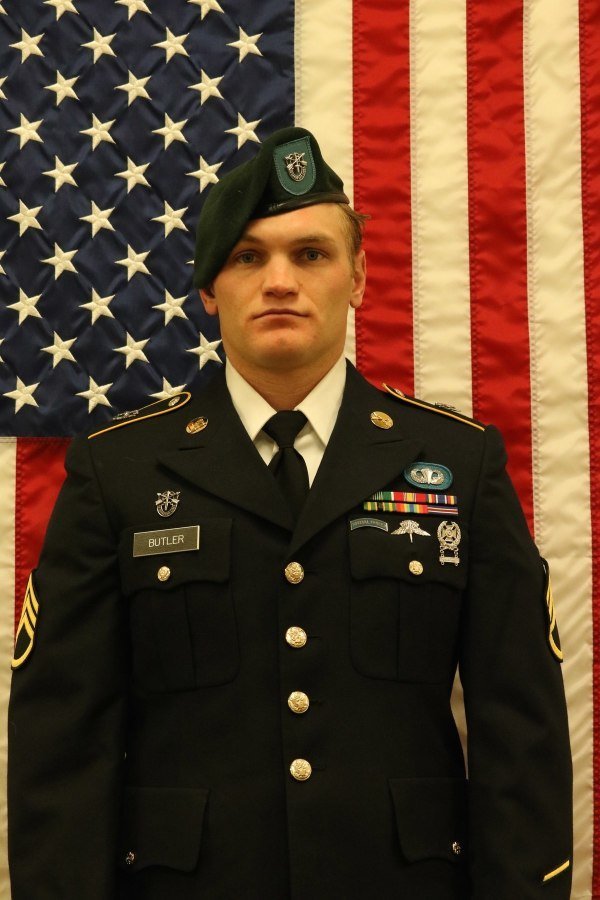 Aaron was born in Monticello, UT. He was the seventh of eight children born to Randy and Laura Butler. He has one sister – Shannon – whom he adores, and six brothers – Shane, Quinn, Nathan, Andy, Chad and Adam – who have been his companions through life.

From the beginning, Aaron has been a very determined, adventurous soul. As a young child, his bright blue eyes were always looking for mischief, which he usually found.

He was so full of life, happiness and endless energy! He loved the outdoor adventures best and could usually be found with a stick or a critter in his hands! He participated in and enjoyed the Boy Scouts of America, eventually earning the rank of Eagle Scout.

Throughout high school he excelled in music, football and his main focus, wrestling. He set a specific goal to become a four-time state wrestling champion.

Through hard work and extraordinary determination, he realized his goal, becoming the first ever in Monticello High School history to achieve this mark and just the 17th wrestler in Utah State history.

In 2009, Aaron volunteered himself for full-time service as a missionary of The Church of Jesus Christ of Latter-day Saints. He was called to labor in the Ghana Cape Coast Mission in Africa.

For two years, he worked tirelessly, teaching the gospel of Jesus Christ to the Ghanaian people. He served them with a great love and compassion.

He aided them in building and improving homes, wells and made numerous additional efforts in their behalf.

His dedicated service to others in this way highlights a distinct trait in his personality and soul. He cared about his fellowman, their safety and wellbeing. He served others with the love of Jesus Christ.

From a very young age, Aaron became interested in the United States Military. As a first grader, he announced to his family that he would be a soldier when he grew up.

From that time on he never once wavered in that resolve. On April 10, 2008, while still in high school, he enlisted in the Utah Army National Guard, where he laid the building blocks of his military career.

Since that day, he has been decorated with additional combat awards.

Aaron died on August 16, 2017 at the age of 27 in Nangarhar Province, Afghanistan, of injuries suffered from an improvised explosive device while clearing a booby-trapped building.

Aaron was a natural-born leader. He was determined to become an elite soldier and always led from the front. He wanted to be the ‘tip of the spear’.

He led by example and swift action. He personified the Army’s values in everything he said and did. He was a strength and inspiration to all those around him and a joy to his family.

Aaron was absolutely fearless, selfless, courageous and relentless. In a life that was all too brief, our dear son and brother made the ultimate sacrifice for his country. 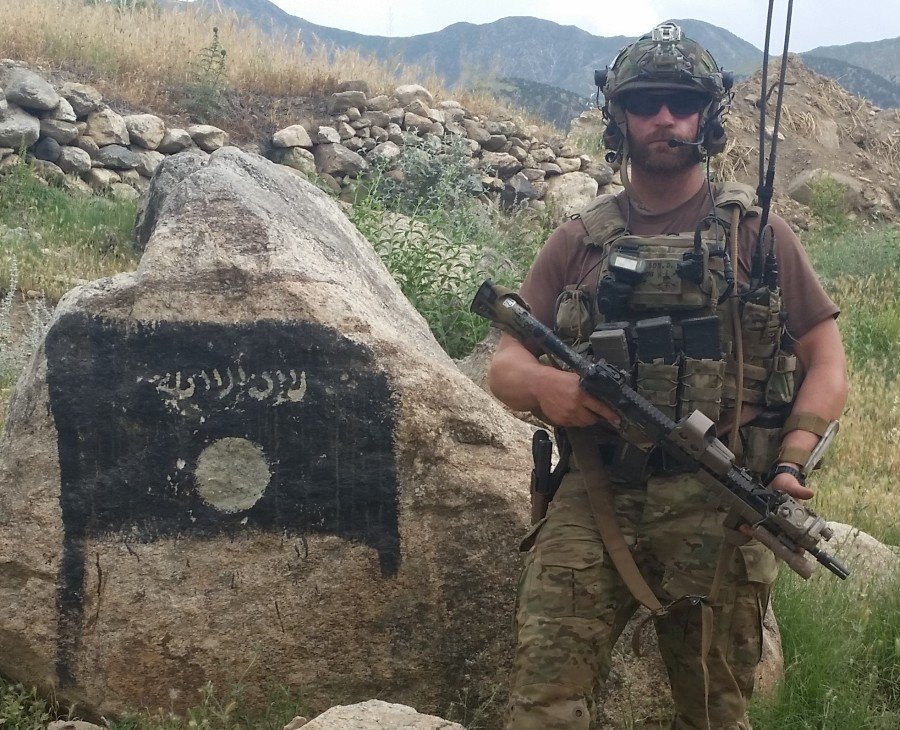 BIO: Dan Nelson is a former US Army Special Forces Officer (Green Beret) who deployed multiple times to Iraq, Afghanistan, Southeast Asia, The Levant, and North Africa. He received a Purple Heart for injuries received in Afghanistan while fighting ISIS-K extremists in Southern Nangarhar. Dan is the recipient of multiple awards, including the Silver Star and two Bronze Stars. Dan earned his bachelors degree and played college football at UCLA, where we was honored to serve as a Team Captain. Dan enjoys recreational beard growing, inserting rap lyrics into normal conversation, and public television. 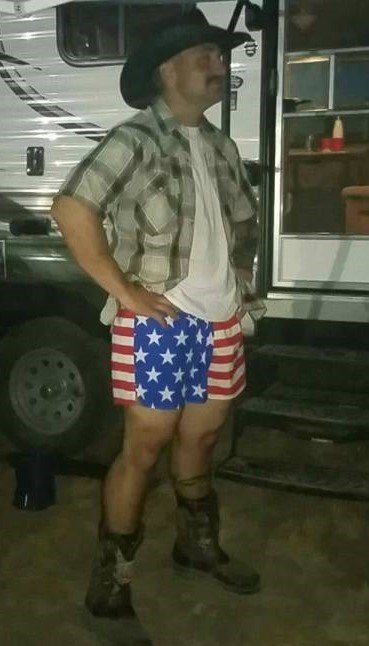 BIO: Dan Muguira is a former US Marine who deployed to the highly contested Sunni Triangle in Iraq, where he received a Purple Heart for wounds received in 2005. Dan has since earned his bachelors degree from Boise State University, and loves getting his family outdoors and active. He enjoys short shorts, vintage Ford Broncos, and loves to bow hunt everything. 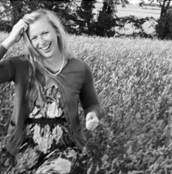 BIO: A native Idahoan, Kacey Nelson is a mechanical engineer at HP, a Green Beret Spouse, a MOAB (Mother Of All Boys), and an all around badass. Though she likes "quiet time" and wine, she is usually occupied with supervising unsanctioned cage fights between her sons (both of which are named after fallen heroes) or curating a large mammal she calls "her husband." Note: Though her husband is the race director, she refuses to acknowledge he is "the boss" of anything. 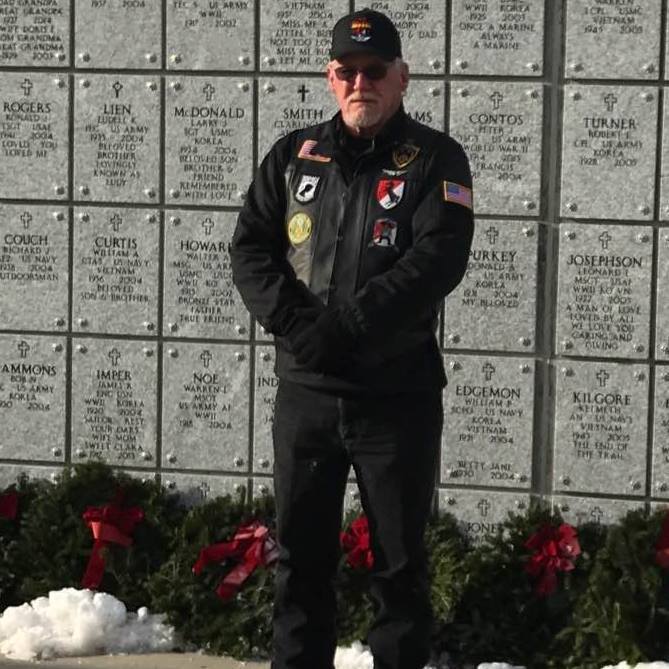 BIO:  The Department of Idaho Military Order of the Purple Heart nominated William Hamilton for this honor for the dedicated assistance he provides fellow veterans.  Commitment to service runs deep in William, whose father served in three wars, and he has brothers and uncles who also served our nation. William served in the U.S. Army with the 11th Armored Cavalry Regiment, Air Cavalry Troop, as a Crew Chief/Door Gunner on a UH1-C Huey gunship in the Vietnam War.  As a Vietnam Veteran, William expressed a sense of duty to make certain that we never again allow a veteran returning from a combat zone to receive the same treatment he and other Vietnam Veterans received.

Commander of the Military Order of the Purple Heart-Department of Idaho: Ned Barker 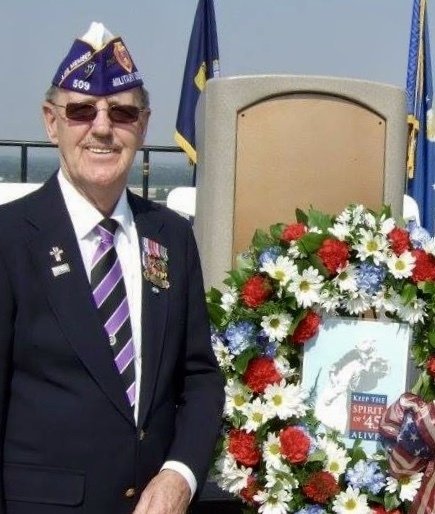 BIO: Ned Barker is a highly decorated Vietnam War veteran and retired Army Captain who received the Silver Star, two Bronze Stars with "V" Device, and the Purple Heart. He has since served in leadership positions within the Federal Government and Veterans’ Organizations. He currently serves as the Commander of the Military Order of the Purple Heart- Department of Idaho. As Department Commander, Ned has overseen, planned, and executed numerous fundraisers and awareness events that serve to further the Departments purpose, motto, and mission: "To help our local veteran community..." Ned enjoys woodworking, watching a lot of football, and spending time with his wife of 55 years and their two rescue dogs.