We are excited for the 10th Annual Turkey Burn taking place at Craig Park in Greenwood, Indiana on Thanksgiving Day! Gather your family, friends, and arch rivals for this epically fun 5k, 5 mile, and 1.5 Mile run/walk all to celebrate community/family while honoring Jamie Sue Ramey a dear friend who lost her battle with cancer way too soon. 100% of the proceeds from this annual race go towards her four sons through “The Ramey Boys Trust Fund” to help them with college expenses. This race is full of laughter, joy, a little bit of pain (running 5M-ouch!!), and lots of Thanksgiving Day Fun. It’s the perfect opportunity to get the grandparents, grandkids, and all your loved ones out to enjoy a crisp morning of exercise. We have the best swag, and as you can tell the best time with each other race morning. Hope to see you all out there race day! 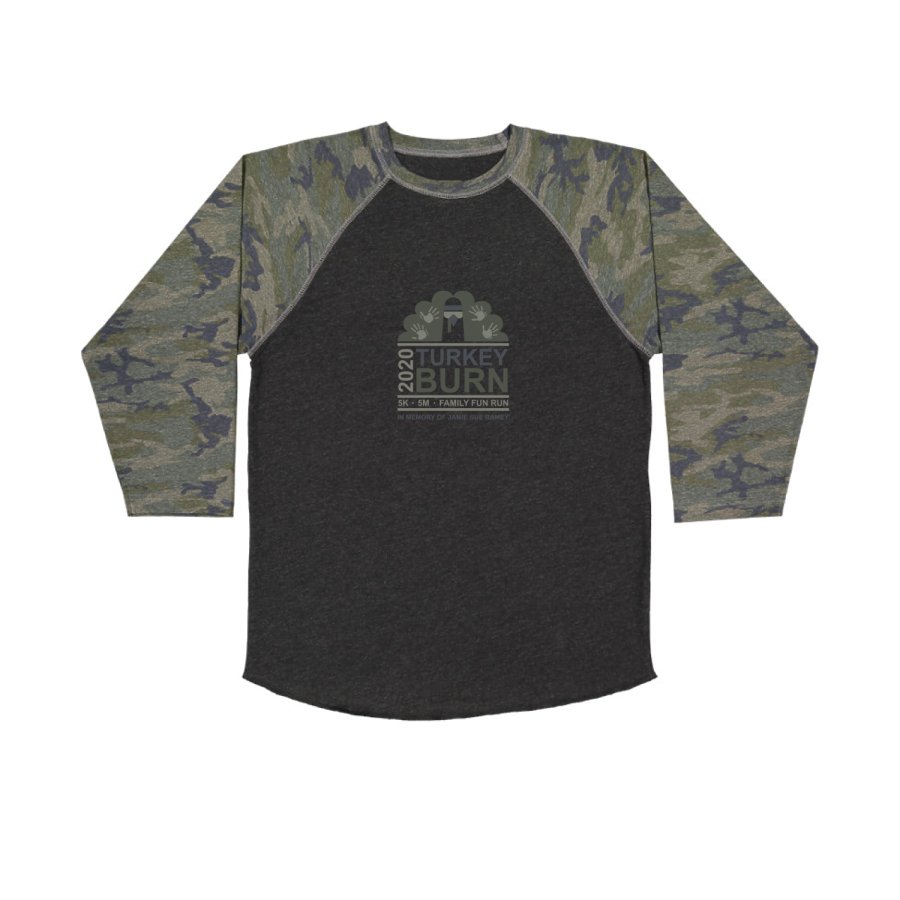 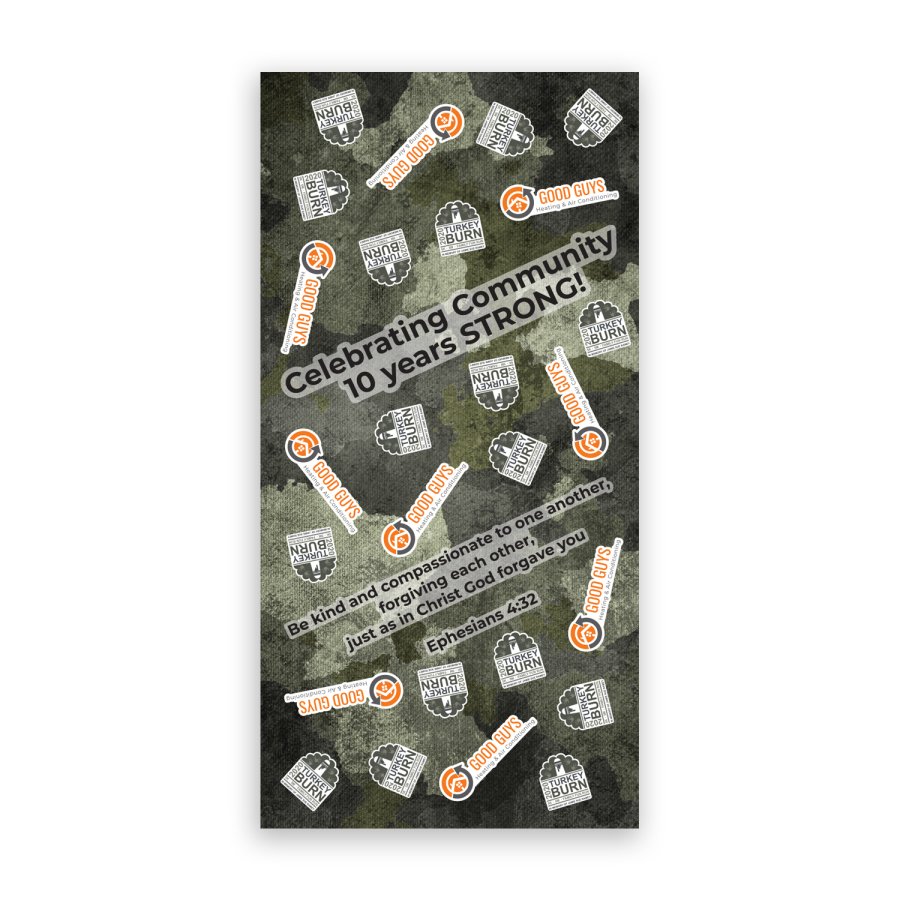 All Turkey Burn participants registered before 11/8 will receive a comfy camo raglan tee. The first 500 will also receive a Turkey Burn buff.

**Free 7 & under kid's entry will not include SWAG items above, though a shirt may be purchased.

Along the Turkey Burn Courses you may spot hidden turkeys! If you spot one, hunt it, stalk it, and snatch him up! Return him to the finish line for a prize. Be careful! Turkey can be very sneaky and GREAT at hiding!

If you don’t have a story about cancer, I bet you know someone who does.  This is not our story; it’s her story – Jamie Sue Gill Ramey.  Jamie graduated from Greenwood High School in 1992.  Jamie met Roy a few years later and they married.  Over the next few years, Jamie and Roy grew their family from two to six.  They had four boys:  Rickey, Jake, Zeke and Luke.  In the fall of 2011, Jamie was diagnosed with stomach cancer.  Eight short months later, she lost the battle.  The boys were 13, 11, 7 and 3.  Friends of Jamie would like to raise money to offset future educational expenses for the boys so they started the ‘Turkey Burn’.  All donations to the ‘Turkey Burn’ will go to The Ramey Boys’ Trust Fund.

Be kind and compassionate to one another, forgiving each other, just as in Christ God forgave you-Ephesians 4:32

Thanks in advance for your support!

We are providing you with RaceJoy as part of the official race experience for the Turkey Burn.

To use RaceJoy, you must carry your phone and activate tracking on the day you complete your race.
View RaceJoy How-To
Directions
Open in External Application
Facebook