Flat and Fast. Get your PR
Countdown to Race Day
Events

Half Marathon Run or Run/Walk

Virtual Half Marathon Run or Run/Walk

Flat and Fast. Get your PR

Don't miss out on this flat and fast course and NY Qualifier that is making waves in the Valley. The 10K may just be the "best" 10K in the entire valley with its very own pacers and cash prizes! Starting in Downtown Visalia, the Half Marathon and 10k route takes runners through residential streets and neighborhoods and onto the Santa Fe Trail. Half Marathoners continue to the historic End of the Trail bronze statue in Mooney Grove Park before heading back to the party at the finish line. The finish line EXPO features a beer garden, food, chocolate milk, cash prizes, pace cars, and giveaways. Easy PR or a great tune up for Boston. We will even take your perfect photo that you can download for FREE!

New for 2020, we have partnered to bring you the Healthy Living EXPO at the Visalia Convention Center on Saturday before race day! This may just be the largest EXPO in the Valley with an emphasis on fitness and vendors galore.

Why End of the Trail? 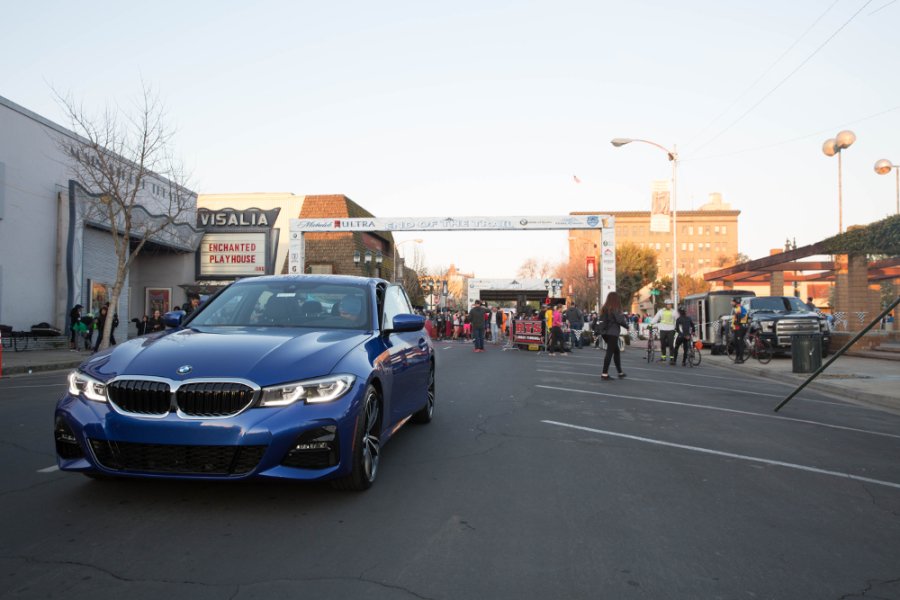 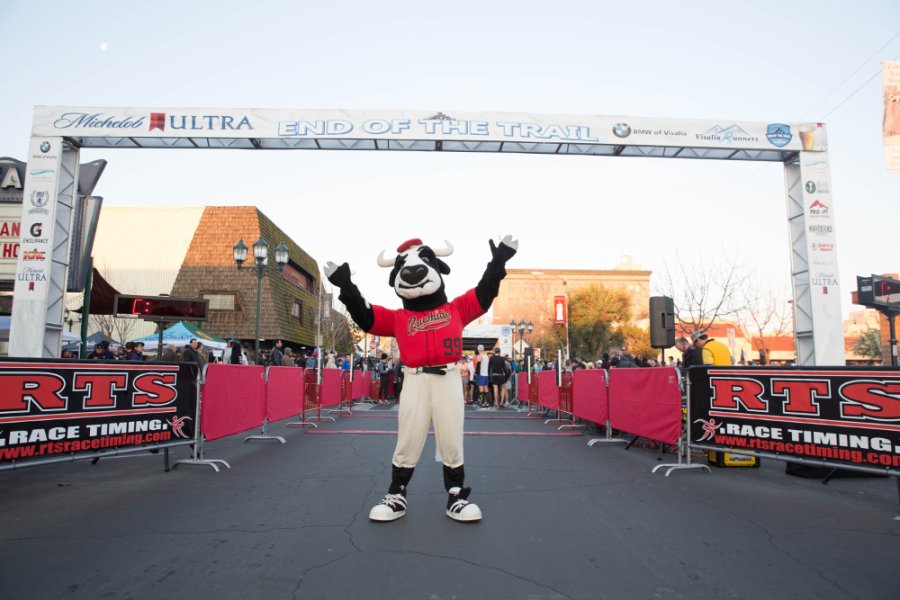 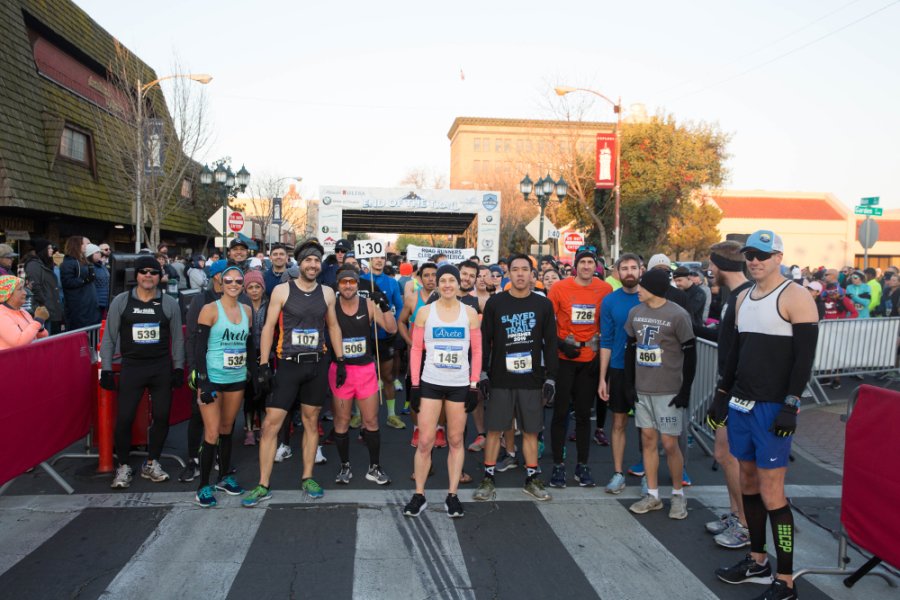 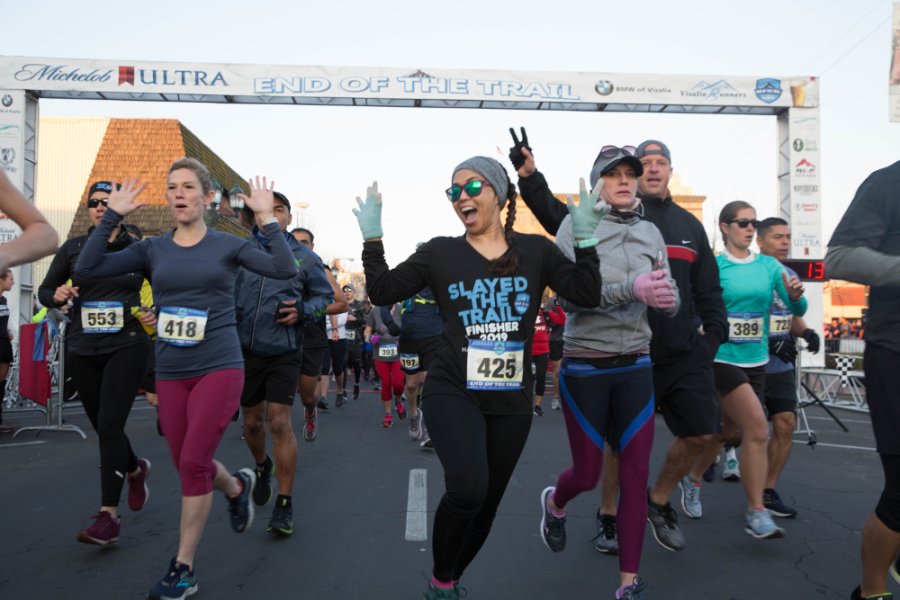 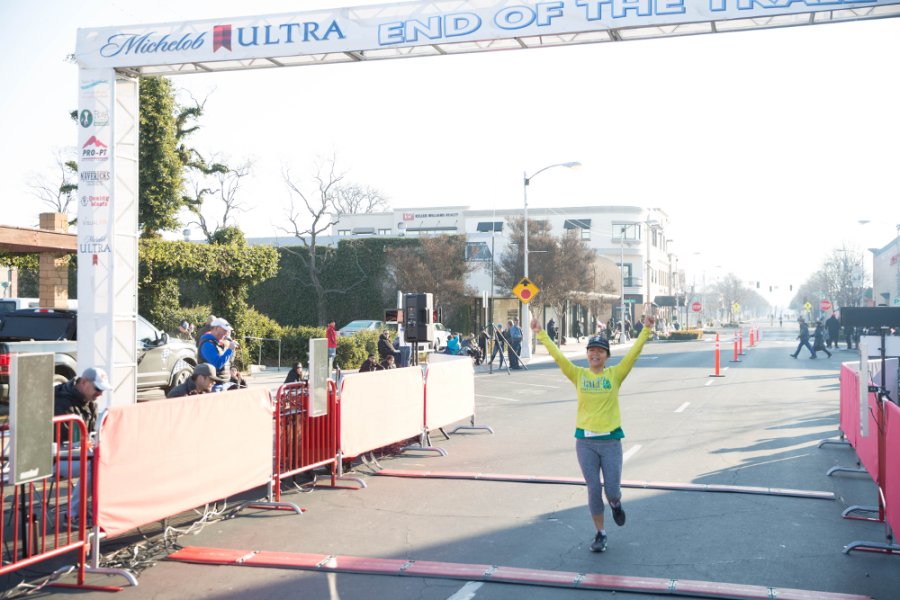 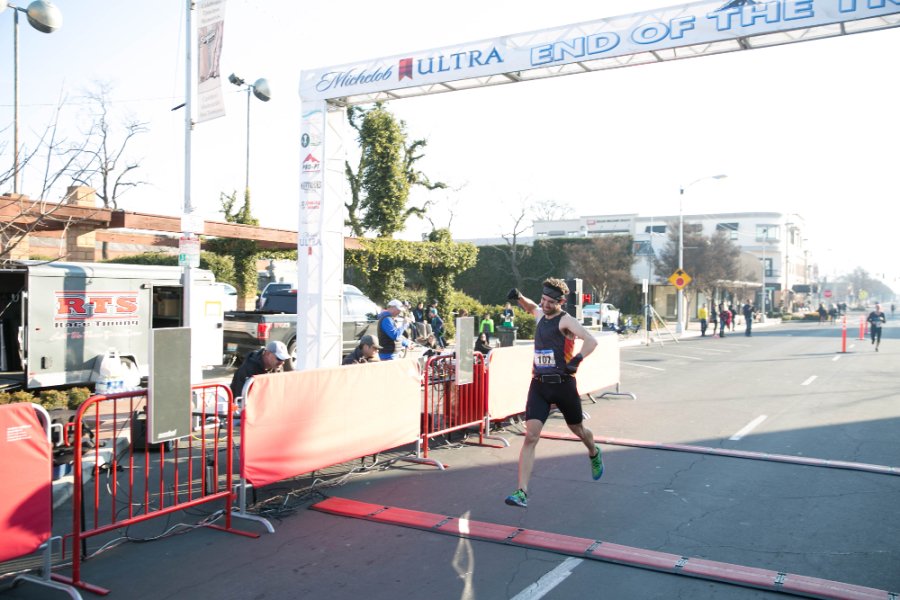 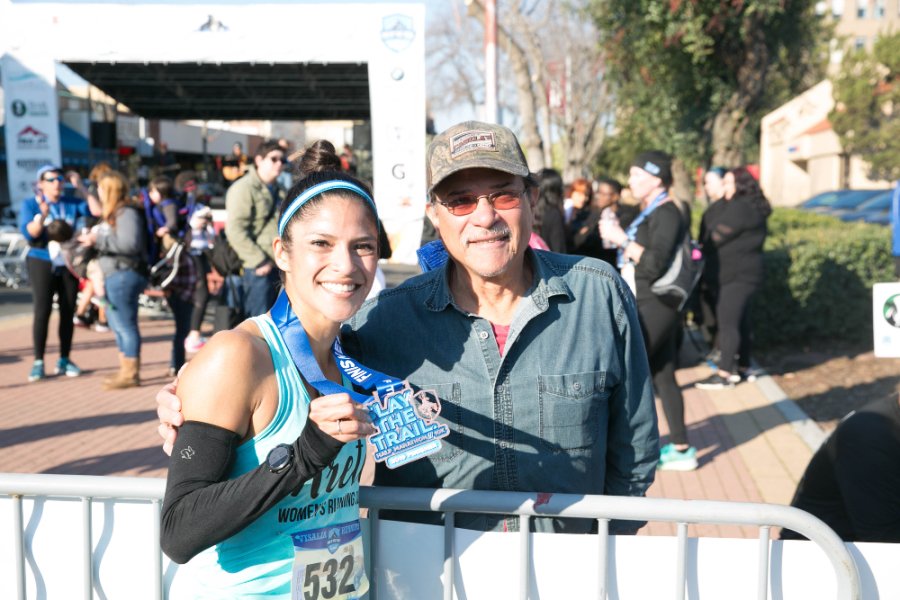 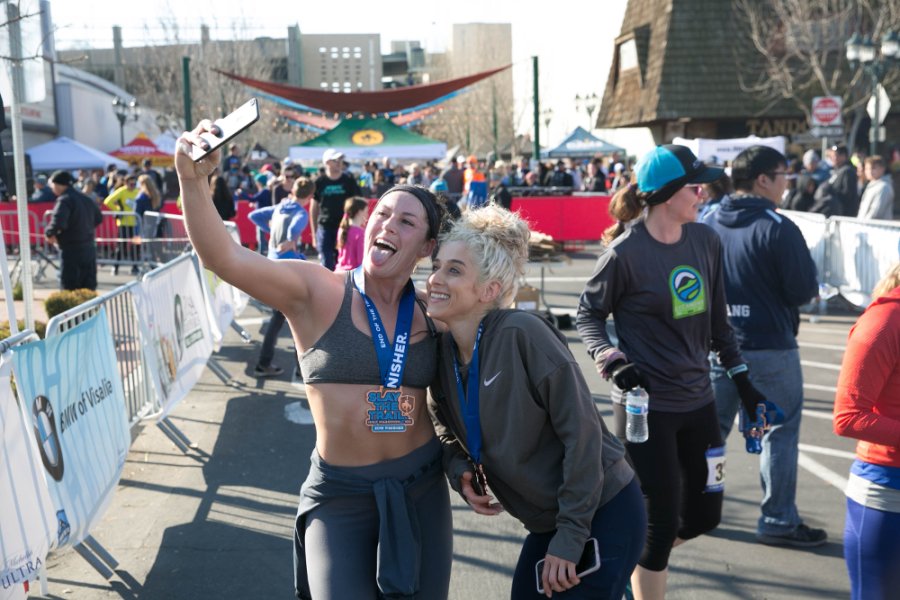 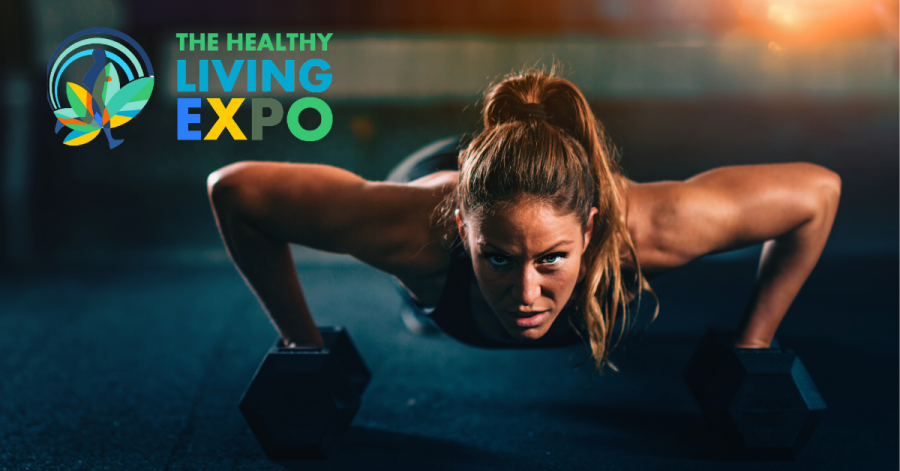 The Largest Sports and Fitness EXPO in the Central Valley

We welcome you to our Healthy Living EXPO where running meets sports and fitness. Over 40 Vendors will be displaying their products, participating in Demos, and educating the public on the latest health tips. Performances include gymnastics, self defense, meal prep, yoga for runners, and much more! The event is free to the public 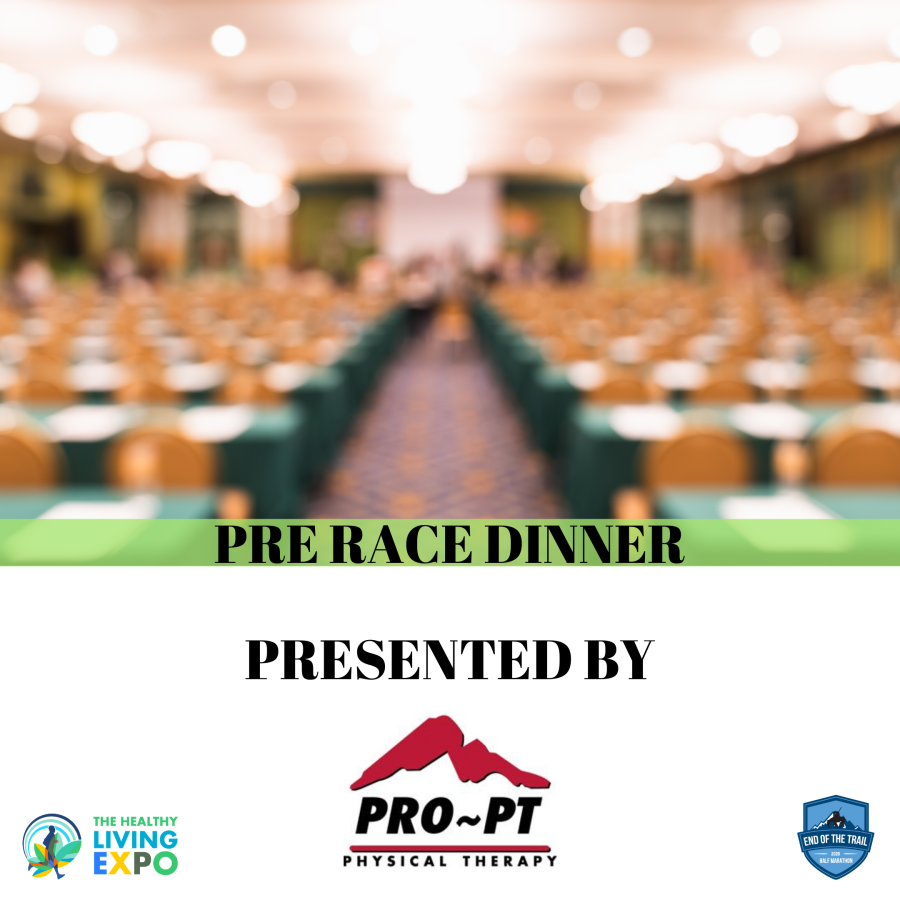 About the Keynote Speaker

Dr. Hizon attended Loyola Marymount University where he majored in Biology. He attended the University of California, San Diego School of Medicine and then was Chief Resident in Family Medicine at the University of California, Irvine Medical Center. Dr. Hizon obtained his Certificate of Added Qualification in Sports Medicine through UC San Diego.
Besides private practice, Dr. Hizon had served as medical team physician for the San Diego Chargers for 14 years and was chosen to be a sideline physician for the 2003 Super Bowl between Tampa Bay and the “Evil” Oakland Raiders. In 2010, Dr. Hizon was chosen to be a medical team physician for the NFL Pro Bowl in Miami. He was awarded the “Sports Medicine Champion” award in 2009 as the top sports medicine provider of the year by the San Diego Sports Medicine Foundation.

As an active member in the community, Dr. Hizon celebrated 28 years as the volunteer team physician for the Temecula Valley High School Golden Bears. Through the years, he has helped perform over 4,500 pre-participation sports examinations for various schools and teams in the area, with proceeds going directly to the individual schools In 2015 he was the Distinguished Citizen of the Year for Temecula and Faculty of the Year at the new U.C. Riverside School of Medicine.

Dr. Hizon is currently a member of the American Academy of Family Physicians, American College of Sports Medicine, California Medical Association, and Assistant. Clinical Professor at the UC Riverside School of Medicine, Dr. Hizon is the medical advisor for the Temecula Physician Leaders Program as well as serving on the Board of Governors for the new Temecula Valley Hospital and core faculty for their Family Medicine Residency Program with an emphasis on lifestyle medicine and MSK Point of Care Ultrasound. He has joined the Lion’s Club International to spearhead their Type II Diabetes Program.

His wife Theresa is a reading specialist at Red Hawk Elementary School and they just celebrated their 36th anniversary. They have four children and three grandchildren and have lived in Temecula for over 30 years. Their youngest child, Brian is in his first year of Chicago’s Rush School of Medicine.

Get Your Tickets Now

Beast Mode hats to the fastest in the 10K and Half Marathon Run!

Join Visalia Runners and Save

The Visalia Runners founded End of the Trail 20 years ago...As a new perk of joining, save 50% off your registration into the 10k or half marathon!! Take advantage of a wide range of discounts locally and online or other California Races. Only $30 to join!!!

Sign up now or during registration: Join Visalia Runners

Free Live Tracking and Progress Alerts on Race Day!
(Race organizers are providing this as an included service.)

Make sure you download the RaceJoy mobile app for live phone tracking at the Bakersfield Marathon & Half.

Carry your phone and use RaceJoy to add to your race experience with these key features:

End of the Trail Half Marathon & 10K is sponsoring RaceJoy to provide participants and spectators these features for free (normally a 99 cents upgrade fee for both the participant and spectator).

Note:
- Participant must carry phone
- No official race timing information is provided for this race in RaceJoy

Free Live Tracking and Progress Alerts on Race Day!
(Race organizers are providing this as an included service.)

Make sure you download the RaceJoy mobile app for live phone tracking at the End of the Trail Half Marathon & 10K.

Carry your phone and use RaceJoy to add to your race experience with these key features:

The End of the Trail Half Marathon & 10K is sponsoring RaceJoy to provide participants and spectators these features for free (normally a 99 cents upgrade fee for both the participant and spectator).

Note:
- Participant must carry phone
- No official race timing information is provided for this race in RaceJoy