Tweet
A Gig Harbor tradition since 2002!
Please bring 2 cans of food on Thursday, the day of the event.
Per City of Gig Harbor, there are No Dogs allowed on the course.
Shirts will be available for purchase at packet pick up for $20.
Countdown to Race Day
Events

Additional race information can be found at https://www.gigharborturkeytrot.com/.

Date of the Event- Thursday 23 November 8am!

The event is timed by Tortoise & Hare Race Timing using RFID chips that are attached to your bib.  The event is using chip start technology, so don't worry about when you cross the start line as your time will begin when you cross.

Two cans of food to be delivered the day of the event.

NO DOGS ON COURSE PER CITY OF GIG HARBOR!

In 2002, Tim Holmes' son challenged him to run a marathon with him.  Holmes, accepted the challenge and started looking for training opportunities. "I looked for an existing Turkey Trot but did not find anything locally. So I invited some of my friends and patients to join me on Thanksgiving morning for a 5k run. I thought it would be a good way to work up an appetite," Holmes said. "I also asked them to bring two cans of food to donate to the local FISH food bank." "That first year, about 15 people showed up", he said, and the Turkey Trot was born.

Now, he says, it has become a community and family tradition. "We had 200 the second year, and it's just kept growing ever since," he said.  Last year, (2022) 2,500 runners and walkers showed up, and we discovered at least half of them weren't even from Gig Harbor.
"There were people from Ohio, Virginia and even from India," Holmes said. "I think most of them were here visiting family for the holiday and decided the Turkey Trot would be a great addition to their family tradition."

This year's Turkey Trot takes place on Thanksgiving day, starting at 8 a.m.  As usual, the event will be a 5K and people can either run or walk. (Those with strollers will start near the back.)
"We ask all the participants to bring two cans of food to the race," Holmes said. Proceeds will also go towards scholarships to benefit high school seniors preparing for college.

Great fun for the whole family!! 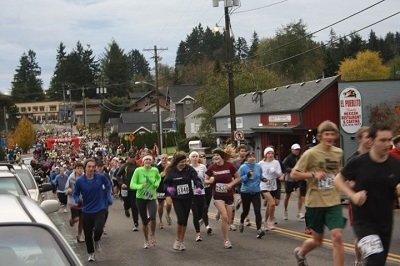 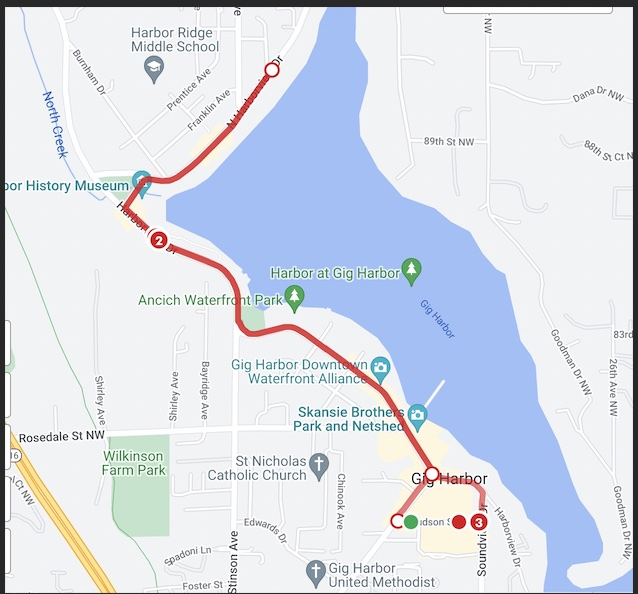