A Marathon of Challenges 2021 Presented by CompuScore

#CompuscoreVirtualChallenge Any City - Any State, NJ 99999 US 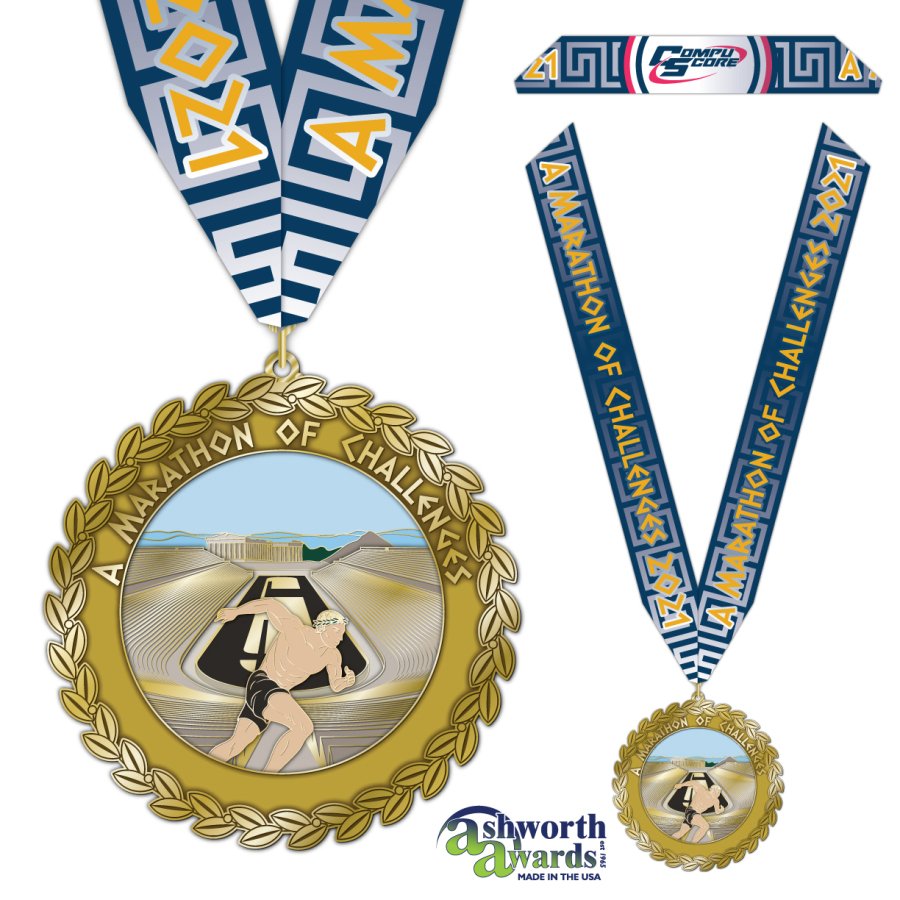 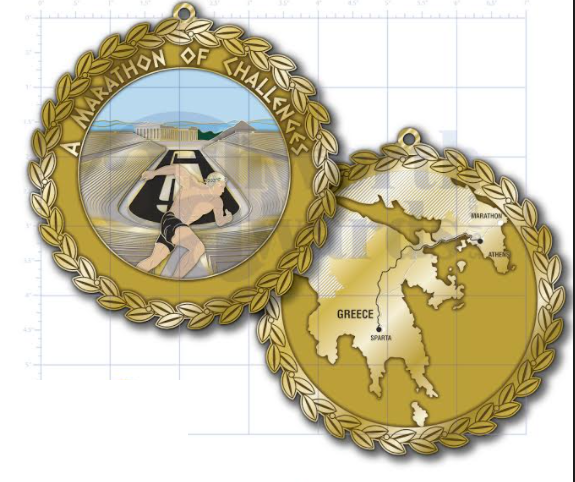 Place
Anywhere you want in the world!
Any City - Any State, NJ US 99999
Description

A new spin to the Virtual Challenge.  A Marathon of Challenges will push you all year long! This challenge is for all the warriors out there.  You can choose your distances: 1 Mile, 5K, 10K, 13.1 Miles or 26.2 Miles.  You will have up to the end of the year to run 26  (or 13 If you choose the 26.2 milesx13) of each distance you choose.  You can even enter multiple events throughout the year!

Swag will include a Super cool 4.5 in medal (No shirts).  Medals will be shipped in waves throughout the year.

You will be sent weekly emails to log your event distances.  You can follow your distance on the map of Greece and follow the path of Pheidippides the famous messenger who the Marathon Commemorates.

All times and mileage must be submitted into the website to record  each time you complete a distance.

**Disclaimer: Please do not run on unsafe roads, or areas that have been closed off to the public.  Practice social distancing and any other requirements set forth by local, state and federal guidelines.  This is a virtual run only, please do not gather as a crowd in any 1 location at the same time.  You will not be able to log additional miles beyond the event distance.

We can't wait to take this journey with you.  Don't forget to tag and follow us in your posts!

The Community FoodBank of New Jersey (CFBNJ), a member of Feeding America®, has been delivering food, help and hope across the state for 45 years. Last year, CFBNJ provided nutritious food for over 50 million meals through its network of more than 1,000 community partners including pantries, soup kitchens, emergency shelters, mobile pantries, and child and senior feeding programs. For our hungry neighbors, the Community FoodBank of New Jersey is the powerful agent of change that fills the emptiness caused by hunger and provides resources that are essential to earning a sustainable living.

The FoodBank is a primary disaster relief responder in the state, and we are in the midst of a major relief effort to address the COVID-19 crisis. We are working to ensure access to nutritious food for vulnerable individuals and families and to meet the growing need. We are also working to create emergency meal kits with nonperishable foods, which can sustain a family for several days. For more info: cfbnj.org

If you have any questions about this virtual Race, click the button below.

Sponsors
History of the Marathon

Most of you know the distance of a marathon is 26 Miles 385 Yards. Some of you know that it used to be 25 miles and was changed in 1908 when the Queen of England asked that the starting line be moved to Windsor Castle so that Princess Mary and her children could watch from a window. With the route change, a mile was added, and the course was now 26 miles. However, course amendments did not stop there. In order for the actual finish line to be directly in front of the royal family’s viewing box inside the stadium, an extra 385 yards had to be added to the end of the course to meet this requirement. But what was the 25 or 26 miles commemorating in the first place? It for the story of Pheidippides, a soldier who reportedly ran from a battlefield near the town of Marathon, Greece, to Athens in 490 B.C. According to legend, he ran approximately 25 miles from Marathon to Athens to announce the defeat of the Persians at the Battle of Marathon. Upon arriving in Athens, he announced “Niki!” (Victory!) then fell over and died. But that's not the whole story! Those 25 miles where just the last leg of his journey!

The Real Story of Pheidippides
Written by GreekBoston.com  in Ancient Greek History
Pheidippides, also referred to as Pheidippides, was the messenger soldier who famously ran a long distance from the battlefield at Marathon to Athens in order to tell the people that the Athenians had, in fact won. After he gave his message, he promptly dropped dead from the exertion. The distance between Marathon and Athens is about 25 miles, and today’s marathon races have been created to commemorate that. As noble as this idea is, the folklore surrounding this ill-fated but important run aren’t complete. In fact, it is more likely that he ran a much greater distance than 25 miles. Here’s an overview of who Pheidippides was and the real details of the historic events surrounding his noble actions and also of his death.

Day Runner By Profession
Pheidippides was employed as a day runner, referred to as hemerodrome, in Ancient Greek,  by the Athenian military. These ancient couriers were responsible for running for days at a time in order to give important messages. They were designed to move swiftly and to arrive with their messages in a timely manner. They trained extensively, and they were capable of running great distances.

Pheidippides Runs to Sparta
Pheidippides was on duty the day of the fabled Battle of Marathon, which pitted the Athenian army against the Persian army. However, before the invasion, it was Pheidippides responsibility to run the 240 kilometer (150 mile) distance from Athens to Sparta to ask Sparta for their help. Sparta said they’d help but since they were in the middle of a religious festival, they were unable to leave right away. The journey from Athens to Sparta took about two days. After he gave his message to the Spartans requesting their help, he turned around and ran the distance from Sparta to Athens to let them know that the Spartans wouldn’t be able to fight right away.

Athens Fights Against Persia Alone
Ultimately, by the time Sparta would have been ready, the outcome of the Battle of Marathon was already complete. Although the Persian army far outnumbered the Athenian army, Athens proved to have a better battle strategy and more sophisticated fighting techniques. Athens won the battle, but now it was up to Pheidippides to make the run from Marathon to Athens, a distance of 40 kilometers or about 25 miles. He gave the message explaining that Athens was victorious and then he collapsed and died from the combined exertion of that run and the 300 miles that he ran from Athens to Sparta and back.