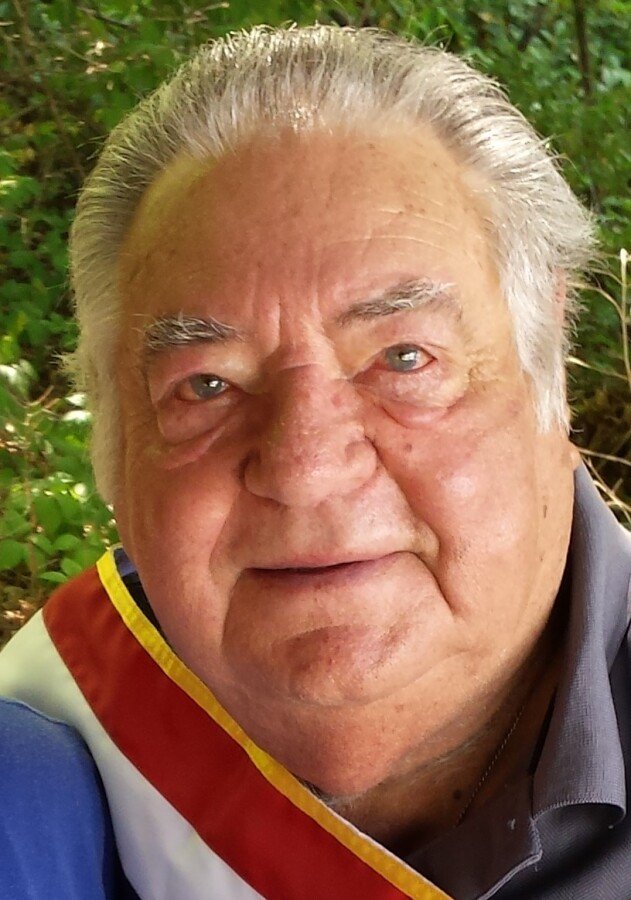 Joe Ennesser had a love for the Town of Wappinger and devotion to its youth. As one of Wappinger’s most dedicated volunteers, Joe was a caring and active resident for close to 50 years. Not only was Joe past president of the Town of Wappinger Little League, Joe coached for close to 20 years. He was instrumental in beginning the Girls' Softball program and the Big League in the 70's. He was a proud part of the league when the boys brought home a New York State Championship in 1970.

Joe spent many years giving back to his community as a long-time sports and recreation volunteer. He dedicated countless hours to the Town’s Recreation Committee and was the chair of the Wappinger Greenway Committee. Passionate about the Wappinger Greenway Trail, Joe worked tirelessly to secure dozens of grants to connect the historic and scenic aspects of the Village of Wappingers Falls, New Hamburg, and the Chelsea hamlet.

Joe was a co-founder of the Sports Museum of Dutchess County and was inducted into the Museum’s Hall of Fame in 1985 for his work to expand the Town of Wappinger’s recreation programs. He also worked with Boy Scouts and Eagle Scouts candidates on many projects that benefitted town parks. In addition to his countless hours of volunteer work, his hobbies included boating and fishing. He was at home on the water.

For all that Joe did, and for the truly good man that he was, this race is named in his honor.

We are inviting you to join us in supporting veteran causes by running or walking in a live, in-person race with safe and socially distanced protocols and professional chip timing - or choose to take part in a virtual race where you can run or walk your 5k anywhere between April 10 and April 17.  Submit your time and see how you stack up to the competition!

Benefiting Veterans Causes In Partnership With The Town of Wappinger.

Some of the groups the Wappinger Veterans Advisory fundraising programs benefit include:  Castle Point groups, veteran mothers to be, veteran women in need, homeless and distressed male and female veterans. Funding is also needed for the Dutchess County Veteran’s Organization who frequently fields calls, and the Dutchess Community College veteran’s cafe leader who handles help requests.

Every participant will receive a custom tote!

April 16, 2021 - 5 pm to 8 pm at Wappinger Town Hall. If you cannot make the packet pick up and would like your items shipped to your door, you will have an option in your registration to add on shipping for $5. 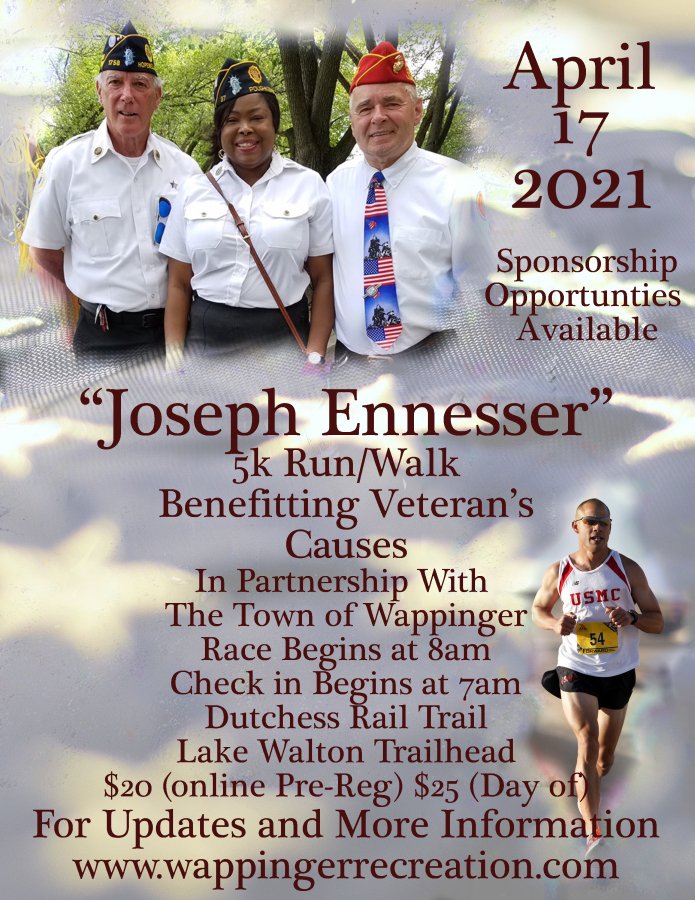 We are providing you with RaceJoy as part of the official race experience for the Joseph Ennesser 5K Run/Walk.

To use RaceJoy, you must carry your phone and activate tracking on the day you complete your race.
View RaceJoy How-To
Directions
Open in External Application