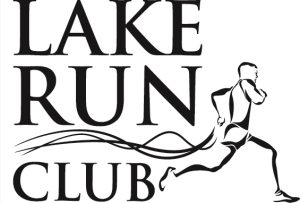 What started as two friends enjoying a run around Lake Bloomington on a Thursday night is now Central Illinois’ premier run club; providing fun and challenging races, programs, services, and social events for all ages and abilities. The Lake Run Club is a not-for-profit organization that’s powered by volunteers to promote running and racing in the Bloomington-Normal area.

Our community is open to everyone, and is accepting new members. Whether you’re a casual runner or a marathon enthusiasts, we’re looking forward to running with you on many future adventures. We may take running seriously, but the fun and friendly roots of the club are still alive and well, and we want you to join in on the fun. See why the Lake Run Club is a thriving community of over 700 members.

Family of up to six individuals.

Available to students 25 and under.

Lake Run Club
Minutes of the Meeting of the Board of Directors November 9, 2021, 7:00 PM, Lil Beaver Brewery, Bloomington Illinois

Minutes: The minutes from the October 12, 2021 board meeting were unanimously approved. Treasurer: Anne provided a financial report.

Membership: Tod reported that we are now at 564 members. Upon motion duly made, seconded and unanimously approved, a $5 discount will be offered for memberships on Black Friday.

Sponsorship Committee: Upon motion duly made, seconded and unanimously adopted, the Club will offer a sponsorship of five of its races for a total price of $500. The five races will be The Lake Run, Park to Park, Dog Days, Evergreen and Da Deer Run Run. If the race has a shirt, sponsors will appear on the back of the shirt.

Races: 72 registered for Race the Dead and 32 participated. It was the worst weather ever for Race the Dead. Chilly Chili Run is on for January 22, 2022. Upon motion duly made, seconded and unanimously adopted, the Club will offer a discount for members signing up for the Club’s six pack of races by a certain date and any member participating in 5 out of the 6 races will be awarded a prize. The six pack includes: St. Patty’s Day, The Lake Run, Park to Park, Dog Days, Evergreen and Da Deer Run Run.

Social Activities: Bill reported that there was a good night for the season finale at Sugar Grove. Annual Board Dinner: The annual board dinner will be held at Destihl restaurant on December

President’s Report: Tod reported that Nick Anderson has resigned from the Board.