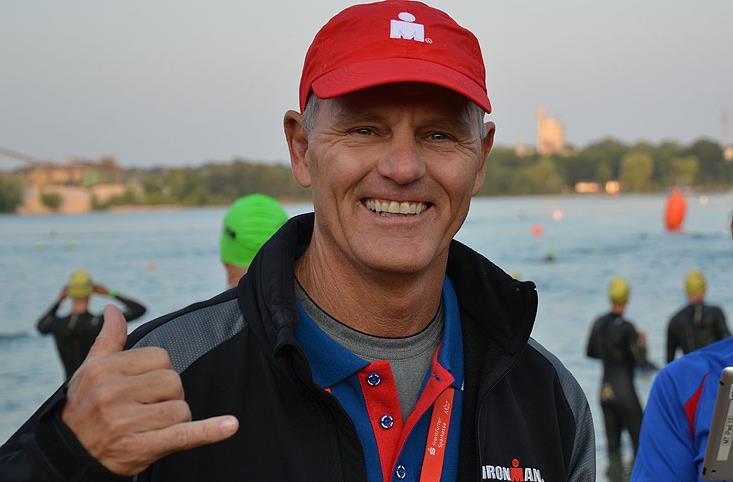 We're excited to announce the one and only MIKE REILLY will be the announcer for the Mind Body Tri on Saturday, October 24th.

Unlike a traditional triathlon, the three legs of the Mind Body Tri are a 45 minute live online yoga class, a 5K run (or walk), followed by a 15 minute guided meditation. The Mind Body Tri will be the first live event Reilly has announced since the pandemic forced the cancellation of thousands of endurance races around the world. Participants will have the unique opportunity to hear him give words of encouragement, and possibly even hear their name called out.

Reilly has done on-site announcing and television coverage for over a thousand triathlon and running events in over 10 countries. Additionally, he has called over 190 IRONMAN races around the world, including the past 30 IRONMAN World Championships, and his iconic call of “You are an IRONMAN!” has been heard by over 350,000 finishers.

As an added special bonus, participants can receive a personalized message written by Reilly when they purchase the book MIKE REILLY: Finding My Voice during registration for the Mind Body Tri. MIKE REILLY: Finding My Voice is a series of deeply personal vignettes illuminating how profoundly the sport of IRONMAN touches both its participants and its fans. Reilly’s riveting stories will have readers re-thinking their notions of what people are capable of when pushed to their limits.