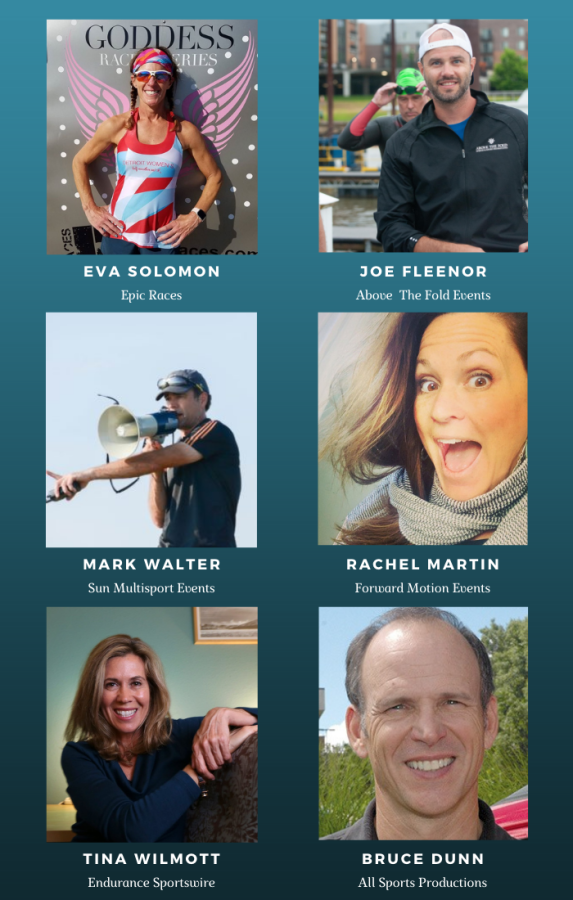 Epic Races is an endurance and multisport race management company based in Ann Arbor, Michigan. Epic Races produces 15 events per year including The Goddess Racing Series which includes the premier women's only triathlon in the midwest, the Tri Goddess Tri.  The mission of Epic Races is to professionally manage safe, fun, and rewarding multi-sport and endurance events that appeal to beginner through elite athletes, raise money and awareness for important causes, and make each participant feel like a champion. Visit Website

Sun Multisport Events is New England’s premier, award-winning endurance event production company. SME produces sprint, Olympic and half distance multisport events; the RACE-MANIA Summit and Expo, the annual kick-off to a new season; and “Barn to Run”, New England’s first and only farm-based trail race series. SME has won “Best Triathlon Series” (2013) and it's Patriot Half has won “Best Small Race” (less than 1,000 athletes) an unprecedented three times (2018, 2017, 2013) in the Triathlete’s Choice Awards as well as “Best Triathlon” in the Best of Competitor (2016).  Visit Website

Forward Motion Events is a philanthropic events company in the North East.  Events include the Pumpkinman Triathlon Festival which has won awards from Triathlon Business International for Best Small Race, Most Scenic Course, and Best Beginner's Race. Forward Motion Events also produces the all-women's Luna Run as well as Rick's Run which was created in memory of founder Rachel Martin’s father to benefit Veterans.  Visit Website

Endurance Sportswire is the leading news distribution service that delivers industry press releases to thousands of reporters, bloggers and industry insiders in the running, cycling and triathlon industries. Its free newsletters deliver the most relevant news, announcements and jobs in endurance sports. Endurance Sportswire is also the producer of the More Cowbell 5K. Visit Website

All Sports Productions is a sports event management and consulting company established in 2003. All Sports Productions promotes cycling, running, duathlons, triathlons, and other outdoor events. The goal of the company is to produce races at the highest standards which are locally, regionally and nationally recognized events with a festival-like atmosphere. The mission of each event is to engage participants and spectators in a healthy, multi-sport lifestyle. Visit Website