#CompuscoreVirtualChallenge Any City - Any State, NJ 99999 US

19 Miles - McConkey's Ferry to Trenton Battlefield and Back 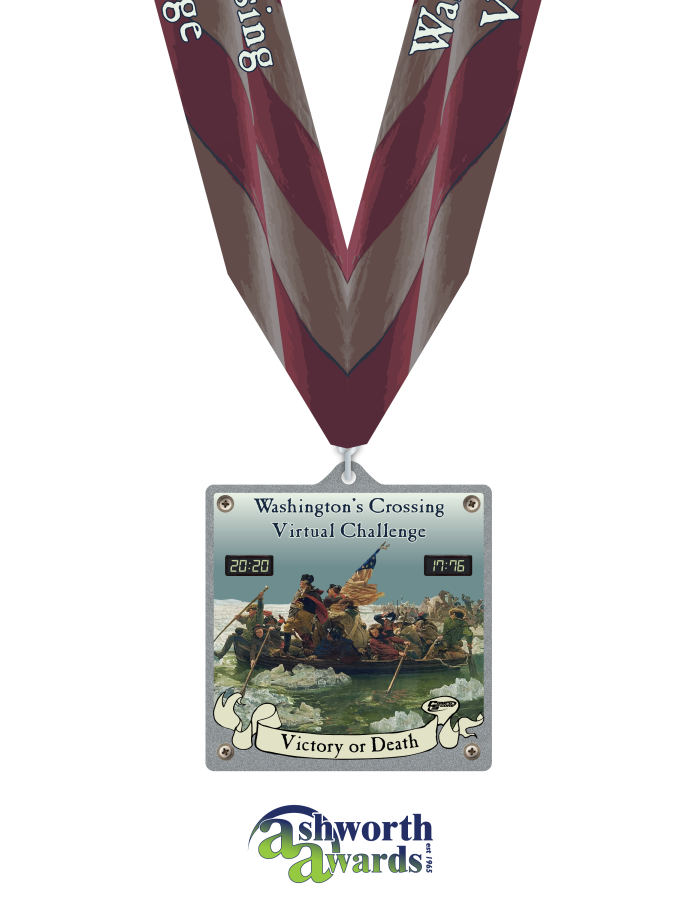 Place
Anywhere you want in the world!
Any City - Any State, NJ US 99999
Description

One of the Historic Moments in New Jersey was when George Washington crossed the Delaware River on the night of December 25, 1776 and defeated the Hessian forces in the American Revolutionary War.  The trip was dark, cold, icy, logistically challenging and fraught with danger - sounds like 2020 in a nutshell!  In fact, Washington crossed the Delaware 3 times before going to the Princeton Battlefield and then finally reaching the Morristown Winter Encampment site on January 8, 1777.  Throughout the journey, Washington's' Password for his troops was #VictoryOrDeath.  To celebrate the NJ history, we have designed several courses thought to loosely mimic the troops foot steps. Choose your distance and help recreate history! What a great way to teach your kids history - the whole family can join!

Distances to choose from:

You will have 39 days from Dec 1 to complete the total miles by Jan 8.  You can run or walk anywhere you want, inside or outside as long as you log the miles. You do not have to run or walk each day, you just have to finish the total distance before or by Jan 8. You will be sent a reminder each day to log your distances as well as daily updates with your location and cumulative distance logged.  You will also see how you place among the other participants daily.

All Participants will receive a long sleeve hooded shirt and a medal around the 2nd week in Jan. All mileage must be submitted into the website to record each day or each time you complete a daily mileage. All Relay participants must register individually and will receive 1 shirt and medal each.

**Disclaimer: Please do not run on unsafe roads, or areas that have been closed off to the public.  Practice social distancing and any other requirements set forth by local, state and federal guidelines.  This is a virtual run only, please do not gather as a crowd in any 1 location at the same time.  Shirts and medals will be mailed starting around Jan 8 2021. You will only be able to log the total miles for each event.  You will not be able to log additional miles beyond the event distance.

History of Washington Crossing the Delaware

As told by the Washington Crossing Historic Park 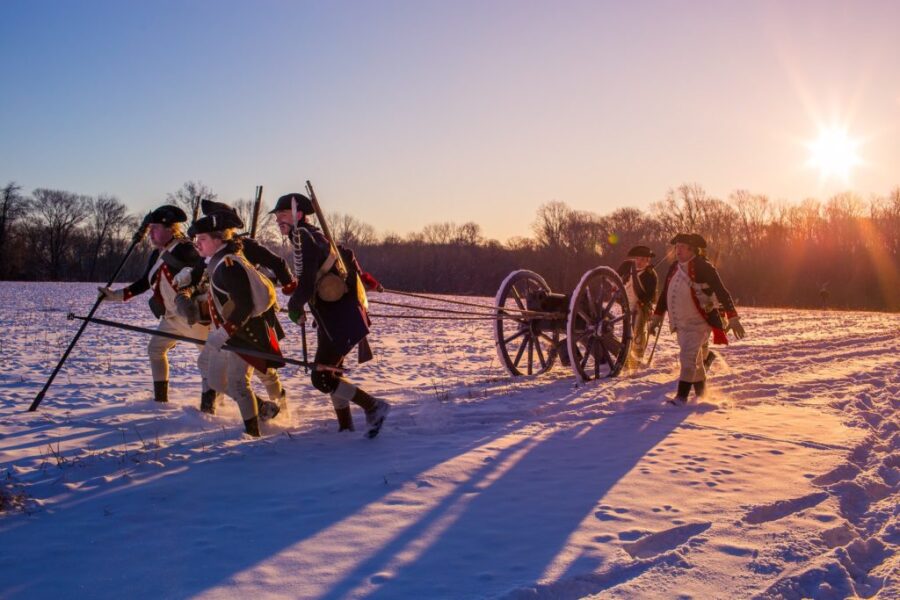 In the winter of 1776, General George Washington and his ragged army had experienced only defeat and despair. The War for Independence was going badly, with failure following failure.

In the preceding months, Washington’s campaign in New York had not gone well; the Battle of Long Island ended in a loss when the British troops managed to out-maneuver the Continental Army. A series of defeats settled around Washington as he was forced to retreat across New Jersey to Pennsylvania on December 7 and 8.

As the harsh Pennsylvania winter set in, the morale of the American troops was at an all-time low. The soldiers were forced to deal with a lack of both food and warm clothing, while Washington watched his army shrink due to desertions and expiring enlistments. Now, more than ever, a victory was desperately needed.

General Washington hatched a daring plan to cross the Delaware River under the cover of darkness, march to Trenton and attack the Hessian outposts in and around Trenton. The boats to be used for the crossing were gathered earlier in the month in compliance with Washington’s orders, primarily as a defensive measure. Various types of boats were collected; most notable were the large, heavy Durham boats used to carry pig iron down the Delaware.

Fully expecting to be supported by two divisions south of Trenton, Washington assembled his own troops near McConkey’s Ferry in preparation for the crossing. By about 6 PM, 2,400 troops had begun crossing the ice-choked river. The operation was slow and difficult due to the condition of the river. There was an abrupt change in the weather forcing the men to fight their way through sleet and a blinding snowstorm. These obstacles proved to be too much for the supporting divisions led by Generals Cadwalader and Ewing, ultimately preventing their crossing at southern points along the Delaware.

Against all odds, Washington and his men successfully completed the crossing and marched into Trenton on the morning of December 26, achieving a resounding victory over the Hessians. By moving ahead with his bold and daring plan, Washington re-ignited the cause of freedom and gave new life to the American Revolution.

The period surrounding the crossing that turned the tide of the Revolutionary War is often called The Ten Crucial Days.

From the crossing on December 25, 1776, through the Battle of Princeton on January 3, 1777, Washington and the Continental Army achieved three vital victories, ensuring the continuation of the Revolutionary War.

The Prelude: December 14-25, 1776
Following a series of military defeats in New York and New Jersey, General Washington leads the Continental Army in a retreat across New Jersey. They arrive in Pennsylvania in December 1776. Washington knows he must plan the army’s next move before many of his soldiers’ enlistments expire at the end of the month.

Day One: December 25, 1776
A Continental Army force of more than 2,000 soldiers crosses the Delaware River into New Jersey at McConkey’s Ferry. Once on the other side, they march ten miles to Trenton in a blizzard to assault the 1,500 Hessian troops occupying the town. 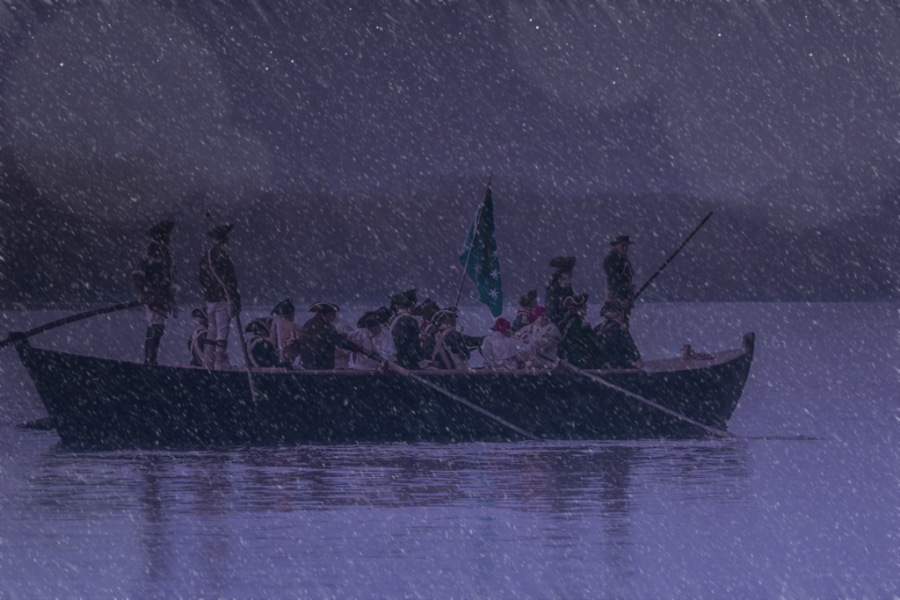 Day Two: December 26, 1776
In the First Battle of Trenton, the Continental Army defeats the Hessians at Trenton, winning its first significant victory of the Revolutionary War to date. The army then crosses the Delaware River a 2nd time and returns to Pennsylvania with prisoners and captured goods.

Day Three: December 27, 1776
Washington and his generals cross the Delaware River a 3rd time into New Jersey and discover the enemy has withdrawn from the Trenton area.

Day Four: December 28, 1776
After convening a council of war, Washington and his generals plan to defend Trenton from Cornwallis.

Day Six: December 30, 1776
Washington persuades a slim majority of his soldiers to remain with the Continental Army for another six weeks by promising to pay each soldier $10 in hard coin. Washington’s force of 6,000 men prepares a defense on high ground south of Assunpink Creek in Trenton.

Day Seven: December 31, 1776
The Continental Army advances from Trenton toward Princeton, which is occupied by enemy forces.

Day Nine: January 2, 1777
In the Second Battle of Trenton, the Continental Army fights 8,000 British and Hessian troops under General Cornwallis. The army repelled Cornwallis’s attacks along Assunpink Creek until dusk. Cornwallis noted that he planned to “bag the fox in the morning.”

Day Ten: January 3, 1777
Overnight, Washington and his troops withdraw from Trenton and begin to march to Princeton, where they defeat the British and Hessian forces. This victory in the Battle of Princeton is their third and final triumph, thus ending the military campaign associated with the Ten Crucial Days.

Epilogue: January 3-8, 1777
The Continental Army makes its way from Princeton to Morristown, New Jersey, where it establishes its winter quarters.

We can't wait to take this journey with you.  Don't forget to tag and follow us in your posts!

When you register for an individual event, you will get a link to distribute and gain referrals.  If you get 5 people to register using your link, you will get a $10 discount.  They must use your link to register or the referral will not count. Spread the word!!
*Referrals can not be combined with other discounts.

Registering 4 or more at once? A $5 discount per person will automatically be applied!  Not Eligible during the first week registration is open at $40 each. Valid after 11/30/2020 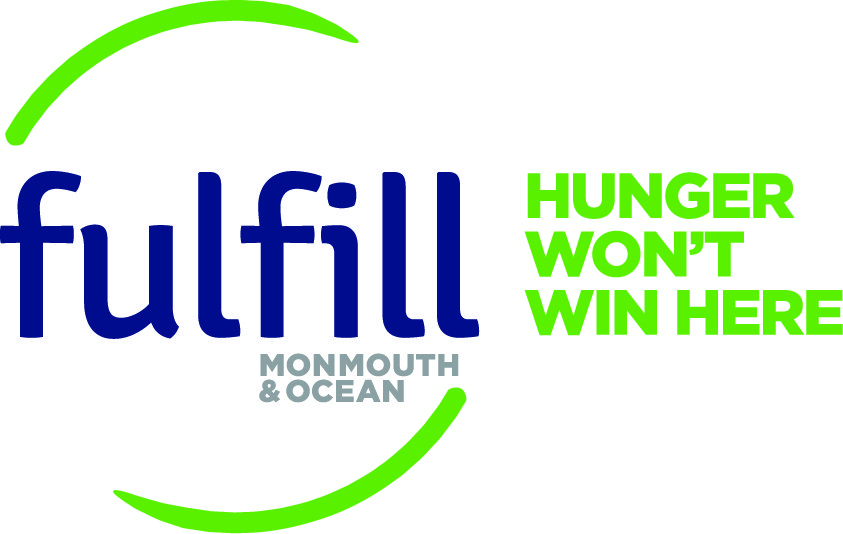 Fulfill, formerly The FoodBank of Monmouth & Ocean Counties, is doing more than ever to change lives in our communities for the better. Their mission is to alleviate hunger and build food security in Monmouth & Ocean Counties and to make sure that all people at all times have access to enough nutritious food to maintain an active and healthy life.

Since the start of the pandemic, Fulfill has seen more than a 40 percent increase in the demand for food. People who never have had to rely on foodbanks find themselves in line for food at their local pantries. With unemployment continuing to rise as businesses close and restaurants remain shuttered, we expect the need to only further grow. Fulfill has already provided an additional 2.2 million more meals than during the same period last year. Today, Fulfill serves 215,000 people throughout Ocean and Monmouth Counties, including 70,000 children.

To help meet the demand for food during the COVID-19 crisis, Fulfill partnered with restaurants at the Jersey Shore. Local restaurants box single meals and Fulfill pays the restaurants a $5 per meal stipend. The process keeps restaurant employees working, while feeding those in need. Fulfill has provided 200,000 meals through our Restaurant Partnership Program since the onset of the pandemic through a network of more than 30 local restaurants. The Restaurant Partnership Program specifically helped fill the gap at schools when they had to close. Children in the Belmar, Keansburg, Asbury Park, Toms River, Lakehurst, Freehold Borough, and Keansburg school districts were among those to receive nourishing meals. Seniors and veterans at risk of hunger also received meals.

Fulfill is doing everything possible to make sure no one goes hungry in Monmouth & Ocean Counties due to the pandemic, but they need our help more than ever. For more information, please visit fulfillnj.org

If you have any questions about this virtual Race, click the button below.