10-year-old Om came home from school with a headache every day for a week. During the weekend though, his headache became so intense that his parents, Ketul and Krupa, called the paramedics to their home in New Jersey. After a CT scan and MRI, the family learned the terrible news: Om had a rare brain tumor called oligodendroglioma.

“My doctor said it was a rare brain tumor in kids,” Om said. “It was a little scary. It’s very rare, but I’m the one that got it.”

Doctors at the Children's Hospital of Philadelphia worked to develop a customized treatment plan for Om that would combine chemotherapy and proton radiation therapy. Once Om’s radiation therapy and chemotherapy were completed, an MRI showed that his tumor appeared to be gone. His family celebrated by taking Om’s Make-a-Wish trip to visit his grandfather’s home in India.

During the trip, the family visited a shrine high up in the Himalayas and Ketul recalls how amazed he was at his son’s endless strength. “Om had to walk three miles up a hill,” Ketul says, “and he had no problem.”

Months after the trip, the family learned that Om’s tumor was back. It was a huge setback, but Om was fearless.

Ketul remembered his son’s reaction: “The first thing he told the doctor was, ‘I beat it one time, I’m going to go beat it again. I’m going to be a two-time cancer survivor.’”

But Om admitted how difficult that time was. “That was really emotional for me. It was hard to learn that it came back.”

Om started a new chemotherapy treatment — an intense combination of three drugs. This was harder on him than his earlier treatments, but, his first MRI during this new chemotherapy regime showed that his tumor was shrinking.

He was doing very well until a call from CHOP on September 6, 2017 changed everything. It was Om's first day of 8th grade.

"The doctors told us that his tumor grew back and we have to come up with another plan for Om's treatment," says Krupa. They placed him on an immunotherapy drug and scheduled a biopsy for October 4, just one week after Om would be serving as an ambassador for the CHOP Parkway Run & Walk in Philadelphia. At the walk, Om held the hand of a 2-year-old patient, who was scared to go on stage without his mother and won the hearts of over 10,000 attendees by talking about how everyone must unite in the fight against cancer.

Immediately following the surgery, Om was still the same strong and happy boy, even when he had 23 staples in his head. He was even released from the hospital earlier than expected because he was doing so well and he was so determined to go home.

Two weeks after surgery, however, Om started having problems with his vision and balance, and eventually he became unable to speak and stay awake. The once-lively boy now slept all day. In November, doctors told his family that there was no hope left, but Om kept fighting and his courage never wavered.

After everything Om went through and the toll treatment took on his body, his dad says, “he was always just as original” as before the tumor diagnosis. He was smart as a whip, took responsibility to understand his disease and treatment, and helped others every chance he got.

Om passed away on February 7, 2018, but the impact he left on so many lives is proof that he is still a winner in the fight against cancer. 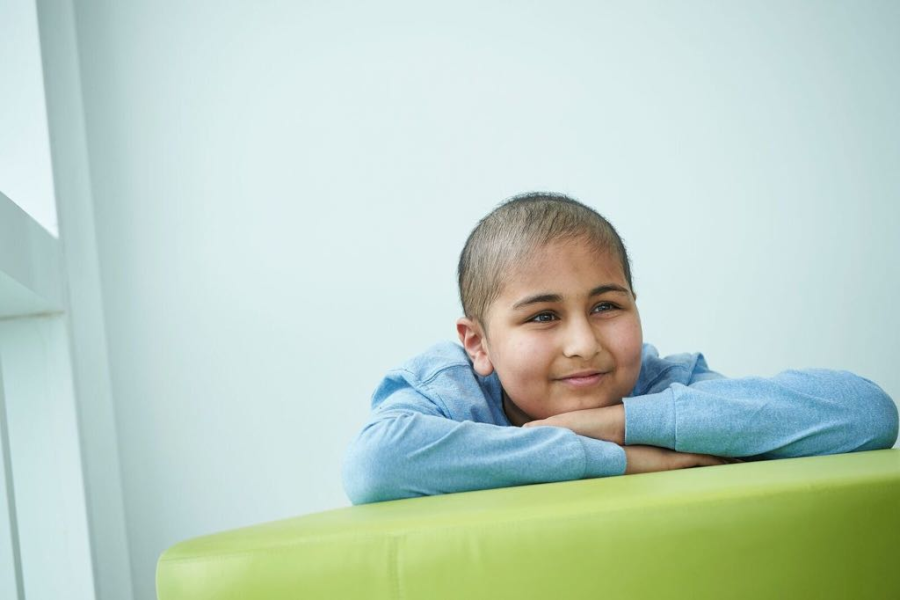