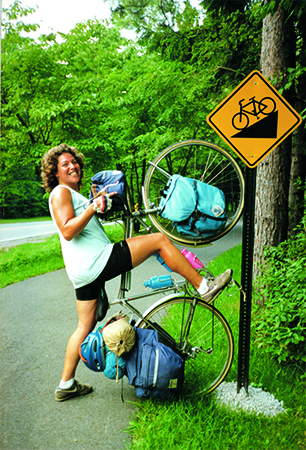 Sharon's love for people with epilepsy lives on each year through Sharon's Ride.Run.Walk., a nationwide epilepsy-awareness event series bringing thousands of people together to educate, spread awareness and make a difference for the people we love who live with epilepsy.  Founded in 1995 by Dr. William Rosenfeld and Dr. Susan Lippman to honor and continue the work of Dr. Rosenfeld's sister, Sharon, a teacher and nurse who dedicated her life to helping people with epilepsy, and promoting helmet safety to prevent head injuries and seizures.  Sharon was killed in a bicycle accident while bicycling cross country.  Dr. Rosenfeld continues to serve as chairman of the event’s nationwide series for the past 26 years, and continues Sharon’s legacy of raising awareness about helmet safety and epilepsy.

Bicycle helmets have been shown to annually: