Ryan first moved to Holly Springs in 2000 from Rochester, NY. and has worked as an Edward Jones financial advisor in our community for over 15 years. He has two sons; Eli, who joined the family in 2014 and Matthew, born in 2016. Active in the community, he is a founder of the Holly Springs Half Marathon, a member of the Holly Springs Kiwanis Club and one of the owners of Pace Yourself Run Co.

Ryan found his love for running after seeing the Boston Marathon bombing on April 15th, 2013.  He made the decision that the following year he would run Boston in support of those who suffered on that day.  The following year Ryan completed his 1st marathon, the 118th Boston Marathon. Six years and 26 marathons later, Ryan still has a passion for running and sharing that passion with others. 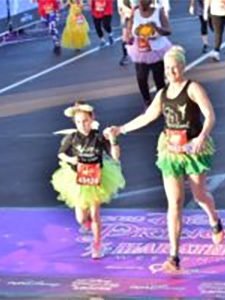 Lisa is a full time Travel Advisor for Maupin Travel in Cameron Village and the mom to two girls Meghan (14) and Madison (10). She started running in 2010 using Couch to 5K and a year later found herself on the first of 3 seasons with the Triangle area Team in Training Group. Lisa ran her first half marathon in Disney at Princess Weekend in 2012 and raising close to $12,000 for LLS over the three seasons.

Lisa has since run in many 5K and 10k (fav distance) races as well as 19 half marathons, including one international. She is now gearing up to run half marathon #20 in Richmond this November. Her new favorite races are those she gets to do with her daughter Madison. 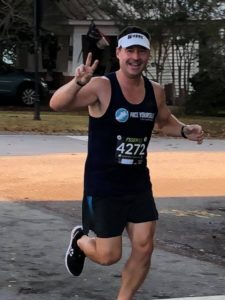 Jim has lived in Holly Springs since 2006, is a husband and father of 3 energetic teenagers. His day job is as a Financial Advisor, CFP with Edward Jones since 2006, but his marketing chops was honed during his first career of 18 years in advertising. Jim began running at age 47 fueled by a dare to register for a Tough Mudder with friends. With a rack full of race medals, and 6 Tough Mudder headbands, running has now become a lifestyle.Jim is one of the founders of the Holly Springs Half Marathon, a partner of Pace Yourself Run Co. in Holly Springs, and enjoys running about 25 miles a week on local roads and trails with friends of the Pace Yourself Run Co/Holly Springs Run Club and Southwake F3. 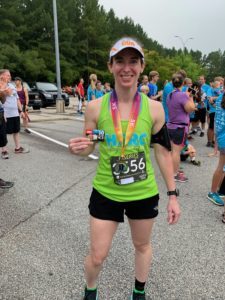 Kelly is the Training Coordinator and a Run Coach with Pace Yourself Run Company in Holly Springs. She was previously a Run Coach and Training Coordinator at Life Time in Cary, NC for 3 1/2 years. She’s also stay at home mom to 3 kids. Kelly was a lifelong soccer player, turned into distance runner in 2005. She’s run too many half marathons to count, 2 full marathons, 20-mile trail race, and many shorter distance races. She has a passion for shorter distance speed work, though continues to try to master the longer distances, and absolutely loves coordinating anything running-related. Kelly has cheered on finishers at HSHM since its inaugural year and is going into her 3rd year on the board. 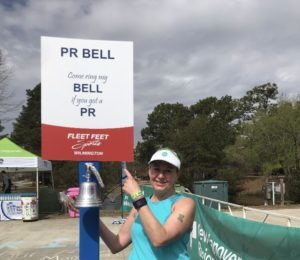 Fitness has always been important to Mary, who even walked several half-marathons with her family before becoming a runner! The running bug bit in 2016, when she completed her first marathon almost on a whim. She is now an avid runner and all-around fitness enthusiast, who has completed five marathons and several half-marathons. Mary has a passion for charitable work, and has found a way to combine her passions by serving on the HSHM Planning Team since 2019. Mary and her husband, Dan, have called Holly Springs home since 1999.

Stacey is originally from Vermont but moved to North Carolina in 2016 to work for Duke Physical and Occupational Therapy. She moved along with her husband, Dave and son, Tyler. When not working as a Physical Therapist, Stacey teaches fitness classes, coaches runners and helps people lead healthier lives.

Stacey has been an avid runner and triathlete since she graduated from college in 2001. She has completed numerous triathlons and running races, from short to long-distance. She races with Big Sexy Racing and is an ambassador for FS Series as well. 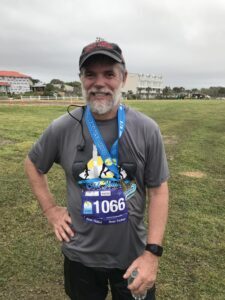 Scott Lefferts is a retired mechanical engineer who spent 35 years leading large electromechanical projects for customers such as Porsche and Boeing and holds 5 patents in the field of study..  He is currently the founder and CEO of WhatGives, a local non profit providing small-sum financial grants to individuals facing a crisis affecting education, training or employment.  Scott has been married to Debbie for 31 years and is the father of 4 children ranging in age from 17-28.

Scott has been running for over 30 years, having completed 4 marathons and numerous other distances over the years.  He is a staunch disciple of the Jeff Galloway walk-run methodology and is looking forward to being on the planning team for the first time in 2021

My name is Michael Patterson, I am originally from Dayton, Ohio and moved to the area in late 1999 after a four year enlistment in the U.S. Marine Corps. In my full time job, I work as a police officer for the Town of Holly Springs and have been doing so for almost 21 years. My hobbies include golf, weightlifting and running. I have been a runner on and off since 1995, but have just recently begun to turn it into a passion. My distance of choice is the half marathon, but I have run a handful of full marathons and hope to call myself an ultra-runner one day. 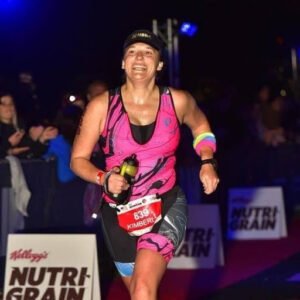 Kimberly is a nutritional immunologist specializing in animal science field. She is originally from the suburbs of Chicago and moved to North Carolina in 2014 by way of California with her husband Matthew and two daughters.  She started running in high school to stay fit. After college, she added swimming and cycling because… “why be mediocre at one sport when you can be mediocre at three”. Consequently, she has completed numerous races of various distances including multiple Ironman. She will find any excuse to run in a costume because life is too short to take oneself too seriously.

Julie has lived in Holly Springs since 2007, is a mother of 3 kids and works as a Registered Nurse at a OB/GYN office in cary. She has done 13 half marathons, 2 marathons, 3 ultras, and 2 half Ironmans. She started running in 1995 in high school when she joined the track team, where she actually did shotput and discus at first because I didn’t want to run. But, she quickly fell in love with running during track practices. Running has been her saving grace, through both the mental and physical benefits it provides along with the comradery of a community of cheerleaders, supporters, and friends that become family.