RULES OF THE ROAD

Cyclists Have an Absolute Right to Use Michigan’s Public Roads

However, they must also obey the same rules. The Michigan Vehicle Code clearly states that each person riding a bicycle upon a roadway has all the rights and is subject to all the duties applicable to the driver of a motor vehicle. Additionally, when using the roads, a cyclist is required to follow certain laws intended to ensure that cyclists use reasonable caution and safe bicycling practices.

These laws include the following provisions:

Cyclists must not ride more than two (2) bicycles abreast.

Bicycles may be ridden upon a sidewalk, but cyclists must yield the right-of-way to pedestrians and are required to give an audible signal before overtaking and passing a pedestrian. Further, official traffic control devices or local ordinances may restrict bicycles on sidewalks in some areas. Additionally, a cyclist lawfully operating a bicycle upon a sidewalk or a pedestrian crosswalk has all of the rights and responsibilities applicable to pedestrians using that sidewalk or crosswalk.

Use of hand signals while riding a bicycle

Riding Double on a Bicycle

A bicycle may not be used to carry more people than the bicycle is designed and equipped to carry. In other
words, riding “double” is prohibited.

Brakes on a Bicycle

A bicycle must be equipped with a brake which enables the operator to make the braked wheels skid on dry, level, clean pavement.

Riding a Bike While Attached to a Vehicle - Prohibited

A cyclist may not attach himself or his bicycle to a streetcar or a vehicle upon a roadway.

A cyclist may not carry any package that prevents him/her from keeping both hands on the handlebars.

A cyclist may not ride on a limited-access highway. A limited-access highway is defined as “a highway, street, or roadway in respect to which owners or occupants of abutting lands and other persons have no legal right or access to or from except at such points only, and in such a manner, as made to be determined by the public authority having jurisdiction over such highway, street, or roadway.”

There is no law that requires Michigan cyclists to wear helmets or prevents them from talking on cell phones while riding. However, it is obviously safe practice to wear a helmet and avoid cell phone use while riding a bicycle.

RULES ON THE MICHIGANDER

The Michigander Bicycle Tour takes place on trails and back roads open to cars, please ride safely, legally and defensively. We do our best to ensure the ride is well marked and as safe as possible, but always remember that safety depends on you.

The Michigander Bicycle Tour SAG support & safety services are provided on the designated, marked route ONLY.

Rest stops will be located on the Tour route approximately every 10-15 miles. Complimentary fresh ice water, Gatorade, granola bars, fresh fruit and more will be available as well as restrooms and/or porta johns. It is not unusual for other light snacks to be available from our team of generous volunteers.

The SAG Sweep are cyclists that monitor the route in shifts to ensure you and your bicycle are doing well on the ride. They wear safety armbands, if you need assistance, pull off to the right on the trail and tap your helmet or flag them down. They are also able to communicate with the volunteer crew including the Mobile Bike Repair, First Aid Team, SAG Vehicles and SAG Stop crew on your behalf.

If at any time you are having a medical emergency that requires immediate attention, do not wait, call 911. 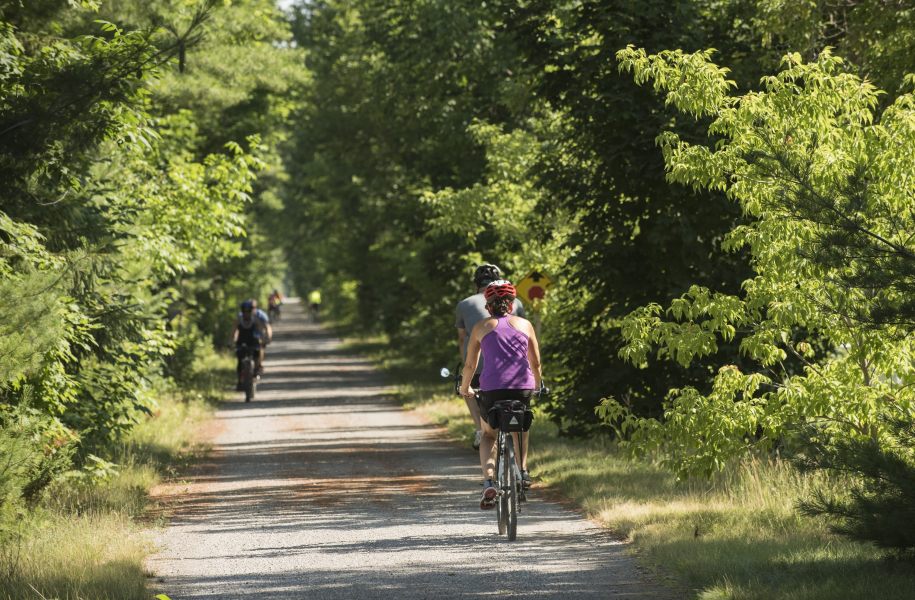