Caddo Valley is a town in Clark County located halfway between Texarkana and Little Rock. Clark County was founded on December 15, 1818, as part of Missouri Territory and was named for Missouri territorial governor William Clark of the Lewis and Clark Expedition. The county is part of the Ouachita Mountains and the Gulf Coastal Plain, making the area prime for farming and hunting.

Before Europeans arrived American Indians, particularly the Caddo Indians (of which the town is named after), lived in the area. The area was known for its heavy forests, plentiful game, rich soil, and clear streams.

Two rivers cross paths here: The Caddo River and the Ouachita River and the community is located at the junction of Interstate 30, Highway 67, and Scenic Highway 7. The town is 2 miles north of Arkadelphia and DeGray Lake Resort State Park is around 3 miles away. Hot Springs is around 40 miles away. 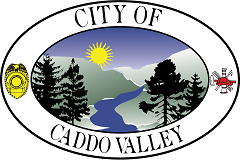