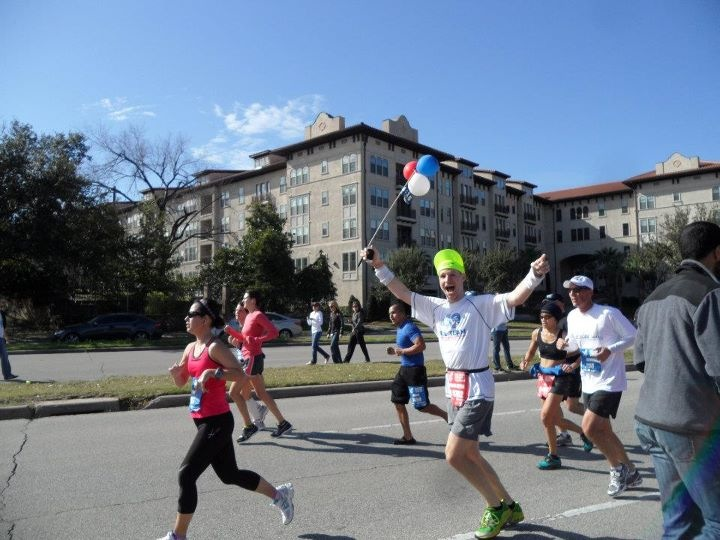 While I am new to being one of the RHC running coaches, I've been running and running steady for quite a while. I go way back with my co-coach Kristie (my running wife) and I have put in hundreds of hours of running over the years with many of the RHC runners in this and other groups. I ran my first marathon right here in Houston back in 2008 and I ran my most recent marathon just this July in Victoria Falls, Zimbabwe. I caught the marathon bug and now I've run 50 marathons and ultras all around the world as I work on collecting marathons on all seven continents. When I'm not running, I'm likely to be found backpacking on lost forest trails, traveling with my wife and my dogs, or working at my day job as an outsourced IT department for several companies. I'm excited to be coaching the 4:15 group because it is a time that is near and dear to me. I have been the official pace leader for the 4:15 group at the Houston Marathon for the past five years and I will be at it again this year. One of the most satisfying things for me is to take runners on a steady pace throughout the race and deliver them across the finish line just under their goal time.